‘Long-termism’: as crucial in talent management as in wider business strategies 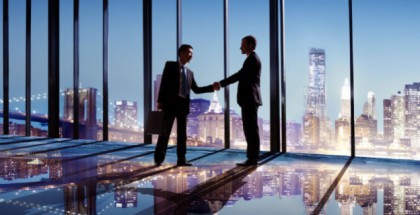 Commentators have long debated the extent to which ‘short-termism’ (the concentration on short-term objectives for immediate profits) in business impacts both individual organisations and the wider economy. According to recent research, however, companies deliver significantly improved results when leaders manage with long-term strategic goals in mind and resist pressure from investors to focus excessively on meeting short-term financial targets.

A recent study conducted by McKinsey & Company - ‘Measuring the Economic Impact of Short-Termism’ - found that from 2001 to 2014, the revenue of firms which adopted long-term business strategies grew, on average, 47 per cent more than the revenue of firms which focused on meeting short-term objectives. McKinsey’s research is the first of its kind to provide quantifiable evidence to support what many business leaders and academics have long theorised: that short-termism significantly detracts from both corporate performance and economic growth. While the report itself focuses on the impact of overarching business strategies, it is clearly important that this long-sightedness filters down into various functions, including recruitment, and that companies take a long-term approach to talent management.

With the gig economy growing at a faster rate than many business commentators anticipated, it’s somewhat unsurprising that the sourcing and management of talent is often controlled on a relatively short-term basis. As more professionals take up the 'gig' employment option that an increasingly agile business environment allows, it is natural to see more companies place a greater focus on short-term hiring needs. However, while the ability to effectively utilise specialist contractors to manage immediate business needs is no doubt a positive sign of the evolving nature of the workplace, a complete lack of oversight in regard to long-term strategic workforce plans will undoubtedly be detrimental to an organisation’s prolonged success.

While it’s clear that the gig economy is helping to define the future of work, it would be remiss to not also mention the changing career habits of the millennial generation. Millennials - who are often characterised by their tendency to spend less time with one company than other generations – are set to comprise 75 per cent of the workforce by 2025 according to EY, meaning that firms will likely need to 'fire-fight’ talent needs on a short-term basis, further reducing the focus on long-term recruitment needs.

In fact, according to research from Barclays - ‘Short-termism in business: the long and short of it’ - 62 per cent of businesses believe that short-termism negatively affects recruitment, a figure which fell just six per cent short of the most citied answer, "investment". The research highlighted increased risk aversion as a common, but understandable, cause of diminished hiring activity during periods of short-termism; however it also noted that perpetual short-sightedness can make risks appear greater than they are.

Given the results of the McKinsey research and the indisputable fact that competition for top talent is increasing across a whole range of industries, it’s highly likely that a company's success will be heavily determined by its ability to plan for skills requirements in the long-term. Moreover, in an increasingly ‘on-demand’ culture, companies which are able to resist short-term pressures and build a long-term comprehensive strategic workforce plan will differentiate themselves from their competitors.

Rather than ‘admitting defeat’ and taking a limited short-term view on talent management, firms need to rethink their approach and maximise the tools available to them in order to develop people strategies that are both relevant to existing needs and flexible enough to meet future demand. Predictive analytics tools, for example, allow an organisation to constantly identify skills needs across the business, any shortages of talent, and potential new hires on both a short and long-term basis.

These sophisticated tools are able to track the number of new hires made in the last year across specific practices, how many members of staff are due to retire or leave in the immediate future, and subsequently where demand is expected to grow. Complex algorithms are also able to analyse an individual’s public social media activity, amongst other things, and can be used to pre-empt career moves of both current and potential talent.

These tools are capable of assessing a person’s language to establish if they become unhappy in their current role, often before they even begin actively seeking a new job, making both long-term strategic workforce planning, and effective talent pipelining, more efficient. Where retaining an employee is not feasible, these tools can also effectively identify existing employees with the requisite skills and experience for a role – or who are likely to respond well to being retrained and redeployed.

In such a rapidly evolving working environment creating an impactful strategic workforce plan which considers both long-term business objectives as well as immediate needs is crucial in ensuring that organisations have the right skills and talent at the right time and remain competitive. Incorporating contractors into wider talent management strategies and embracing the gig economy no doubt brings significant benefits to organisations. However with McKinsey’s research indicating that the economic profit of ‘long-term’ companies grew, on average 81 per cent more than other firms, it’s clear that companies which focus too much on the short-term stand to lose out significantly. 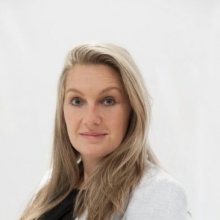