Automation: An Inevitable Reality for Procurement 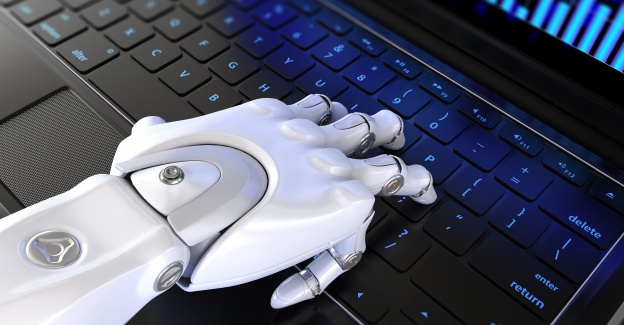 The future is on its way, one disruption at a time. The fevered imagination of science fiction novelists is already being translated into hard reality in ways one couldn’t have ever imagined. The giant strides that the different avatars of automation technologies – Robotics Process Automation (RPA), cognitive analytics and Artificial Intelligence (AI) – have taken in the last one year has cut short their incubation and made them a commercial reality with businesses today. There is also massive hype surrounding other emerging technologies – namely blockchain, Internet of Things (IoT), smart contracts, among others – and these promise to change the procurement business landscape in a manner and at a pace, never experienced before.

From a traditional perspective, procurement has been rather unhurried in its adoption of technology. However, as procurement seeks to transcend traditional boundaries (of being very tactical) and become more strategic in its outlook, it has little choice left but to self-disrupt with relevant technology enablers. And automation’s potential of facilitating a fully digitized procurement function requiring minimal human intervention, has caught the stakeholder’s fancy.

An array of technologies and form factors are contributing to automation initiatives currently. RPA, AI, machine learning, cognitive analytics and deep learning are emerging technologies and terminologies that are, rather recklessly, used interchangeably in the context of automation. It is important for decision makers to not get entangled within the swarm of terminologies that can lend themselves, in varying capacities, to enterprise automation initiatives. GEP considers the automation spectrum to be constituted of three key emerging technologies:

While the volume and velocity of chatter surrounding automation technologies and their potential to impact procurement is growing with each passing day, the fact remains that the initiative remains in its infancy with limited implementation case studies that are mainly restricted to the downstream processes (procure-to-pay). Select upstream (source-to-contract) processes also bear potential to be automated. However, the upstream processes, which require a certain amount of judgment, aren’t nearly as popular as their downstream counterparts (e.g., invoice receipt, processing and other P2P processes) that are rules-driven and structured in nature.

In the Source-to-Contract (S2C) processes, spend analysis, which is rules-driven, structured and tedious, can be automated through the application of RPA technologies. The other S2C processes which involve a mix of process-driven and judgment driven activities are jointly addressed by RPA and AI technologies. For example, contract redlining can be rules-driven and automated through the application of RPA, while other contract management activities with less certain outcomes (such as context-based analysis and authoring) can’t be automated without NLP, machine learning and/or deep-learning powered AI technology. A detailed glimpse of the relevance of the various automation form factors to the different S2C processes is presented in the diagram below:

The downstream Procure-to-Pay (P2P) processes are mostly rules-based and involve structured data. Given this context, the downstream processes (requisition and PO processing, invoice processing and payment) can mostly be automated by the application of RPA technologies. In select cases, certain AI form factors can be leveraged to drive better results and efficiencies (for example, in help desk management, while L1 activites can be addressed by RPA, L2 will support will need AI form factors such as Virtual Agents, NLP and ML for the activity to be completely automated. Similarly, in catalogue management, recommendation engines which leverage AI algorithms can facilitate instances of ‘guided buying’). The illustration below details the P2P processes and their respective fit to the automation form factors.

Automation has really opened doors for sourcing and procurement to realize its much-awaited objective of freeing-up resources from routine and tactical tasks and allowing them to pursue strategic activities which can add greater value to the organization.  As a next step, procurement stakeholders must shortlist specific processes that can be likely targets for automation. Executives seeking to secure quick wins are recommended to target opportunities that have RPA in scope: these are likely to be cheaper and quicker to implement than the sophisticated cognitive and AI technologies. 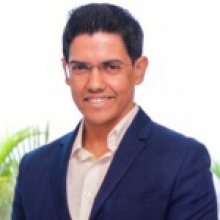 Budhaditya Banerjee (Budha) has close to a decade’s experience as an IT subject matter expert. He currently leads GEP’s IT advisory business which involves handholding CIOs and IT category leaders on an array of complex sourcing and category management issues. Budha is a trusted voice with his clients on issues relating to legacy and the disruptive IT offerings.