The other shoe just dropped 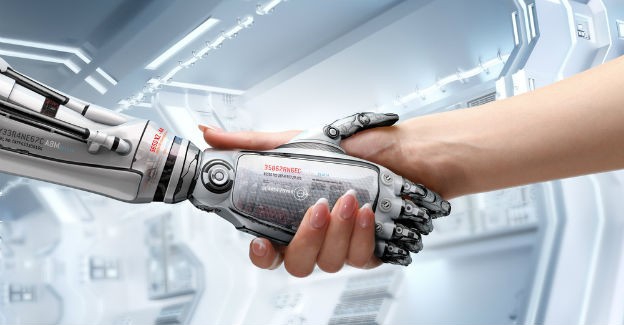 For years, the outsourcing world has been buzzing about reshoring (or "backshoring"), taking the jobs we sent offshore years ago and bringing them back to the US and Europe. Low wages, cheap property, and favourable taxes made offshore manufacturing very attractive. But in recent years property values rose, staff turnover increased, and wages just keep heading up. Despite weakening economics, offshore still made sense. Until today!

By far, the greatest financial advantage to offshore manufacturing was derived from labour arbitrage - from lower wages from "replacement" workers. Low wages plus workers who can do the work are a winning combination. To access low-cost labour, manufacturers will happily build the factories, roads, and infrastructure needed for manufacturing. China has been the gold standard for outsourcing, but western manufacturers are being lured by still lower wages in Vietnam or Thailand. Now, technology has taken a big leap forward, and suddenly... wages don’t matter!

Today's robots are intelligent machines that can perform almost every function a human being can. The latest intelligent machines don’t just help workers to be more productive, they completely replace workers. Robots eliminate the need to build factories where low-cost workers live. You can just build the factory where you want and install robots instead of workers. When wages no longer matter, onshore factories make a lot of sense.

Onshore factories certainly make sense to Adidas. Last year Adidas built their first SpeedFactory in Germany. A SpeedFactory is their name for a new generation of onshore factories that provide three benefits. First, it is highly automated, delivering a lower cost of operation than an offshore factory. Second, by building the factory in major consumer markets, transportation costs are greatly reduced. Lastly, because SpeedFactories are built near consumers, Adidas can quickly restock sold-out products and reduce customer frustration.

Not surprisingly, Adidas is building a second SpeedFactory in Atlanta, scheduled to open in 2017. Reebok, a subsidiary of Adidas, has announced the construction of a similar factory in Rhode Island. Nike has been talking about building a new factory in Oregon for the last year. (Come on Nike… Just do it!) What looks like a pretty good idea today, will be an irresistible financial proposal in a year or two.

One of the biggest difference between a human worker and a robot is the way costs change over time. Workers want raises and promotions. Over time, the same factory producing the same number of goods has higher labour costs. When the factory is offshore, this happens even faster due to higher offshore inflation and increasing competition for workers. Robots, however, cost less every year. Next year’s model will work faster, have more capabilities, and still cost less. As time goes on automation looks better and better.

If this is the beginning of a new era, where onshore can be more efficient than offshore, what will happen to all of the work that is already offshore? If a location only offers lower wages, we can expect that work to be reshored in a few years. Offshore factories need more compelling advantages to resist reshoring? Since China has the most to lose from reshoring, let's see if their plans tell us anything about the future of offshoring.

Adidas pointed out the value of reshoring, and other big-brand athletic gear companies are hot on their heels to find new onshore manufacturing efficiencies. If China dominates in robotics, energy production, financing, and construction, they will move beyond the title of “The World’s Manufacturer”. China is positioned to also dominate in building the next generation of factories throughout the world, or at the very least to be the default option for every factory that is built in the 2020s.

The latest generation of technology will level the playing field for manufacturing, making a factory built onshore as financially attractive as locations halfway around the world. After a very long time, the tide has turned and new factories will be built in America and Europe. The trend has just begun, but every week we’re going to see new models of industrial robots at ever lower price points.

Everyone who manufactures offshore will soon start thinking, “Does it make sense to stay offshore?” If you are an outsourcing provider, you need to ask yourself, “If low wages no longer matter, what is my new value proposition?”

When it comes to robotic factories, onshore and local has big advantages over offshore and distant. As all factories become robot factories, the change in locations is just the beginning of changes that factory owners, outsourcers, consumers and experience as technology replaces workers, and the world's factories are made in China! 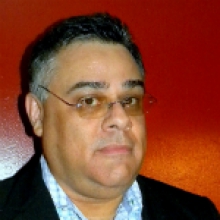 Uncover New Opportunities from a Return on Experience
01/15/2021