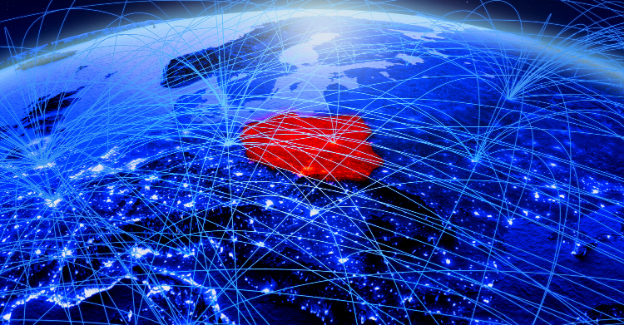 Why so many companies are outsourcing AI to Poland.

There was a time, not too long ago, when outsourcing tech business was the next big thing. For a while, sending projects out to India, China and beyond was considered to be the sensible thing to do for brands big and small.  Unfortunately, problems such as cultural and language problems, time zone differences and customs hassles have seen offshoring go seriously off the boil in the last couple of years.  The demise of offshoring has, however, been balanced by a surge in nearshoring and, increasingly, the most popular destination for this is Poland.

In A Land Not So Far Far Away

For the uninitiated, nearshoring involves outsourcing your business to a country that is distant enough for cost savings but near enough to avoid the problems mentioned regarding offshoring. Nearshoring offers a safe, convenient and cost-effective alternative to finding resources closer to home. When it comes to software development and, more specifically, artificial intelligence, Poland’s Gliwice has emerged as a vital hotspot for this work.

If you’ve never considered Poland to be the capital of cutting edge technology, think again. So much more than just pierogies and salt mines, Poland is the intelligent choice for AI nearshoring for  several  significant reasons which transcend price alone - let’s take a look at a few of them:

Tucked away in Upper Silesia, Southern Poland, Gliwice is perfectly placed for access from a large number of Western capital cities. Berlin, Prague, Paris and Amsterdam all have excellent links to the Polish city and, transport from further afield tends to be easy and affordable. Although technology outsourcing is primarily conducted by telephone and digital communication, Poland’s accessibility offers extra peace of mind for those who prefer to be able to have the occasional face to face meeting with a development team. Additionally, Poland’s location means that the time zone is within an hour or two of most major European cities - a major plus for brands who prefer to be able to touch base with their developers on a regular basis without having to adjust their own working hours.

The Talent Pool Across The Baltic

In 2020, Polish developers are known to be amongst the best programmers in the world and are ranked number five in the world in the Top Coder ranking. Almost 40% of Polish people aged between 25 and 34 hold university degrees, which is significantly higher than in most countries in the world. Moreover, education within Poland is incredibly forward-thinking and has a strong emphasis on STEM (science, technology, engineering and mathematics) subjects that lend themselves perfectly to development and programming careers.

This, of course, leads to an increase in development companies within Poland - and there are more than you might think.  As of August 2019, there were 114 artificial intelligence startups operating in Poland, many of which specialize in image processing and recognition and natural language processing - which gives you a good idea of how fast things are moving for the country’s AI market. Not only is Poland becoming more popular, but it’s winning awards too with companies like Future Processing running away with a 2019 Best Nearshore Team award from the Global Sourcing Association.

For many brands, one of the most off-putting aspects of offshoring is the dreaded language barrier. Not only does this cause frustration with communication (unless you’re fluent in Punjabi or Chinese) but, it can also lead to costly mistakes within a project. Figures show that almost 30% of Polish people speak English - a figure which has always risen steadily. The same figures show that, in addition to commonly spoken English, there are around 20 other languages spoken within the country. Not only does this indicate the cosmopolitan nature of Poland, but it also makes it ideal for nearshoring.

When it comes to software and AI development, Polish companies and programmers insist on the most cutting edge, up to date technology available. Polish developers are known to have a ravenous desire to make the most of the very latest technology and keep ahead of new trends - a benefit which is, of course, passed onto their customers. Seen as too expensive by companies in some other countries, Investment in the latest toys has seen Poland surge ahead of the code average time and time again. In 2018, Poland’s Minister Zagorski announced work on the Polish strategy on artificial intelligence, which will further boost Poland’s tech base by allowing businesses to apply for state and EU funding much easily.

In a world where many countries are cutting down on working hours and bringing in more and more regulations, Poland once again goes against the grain. There’s a saying in Poland which goes, ‘No work, no cake’ - which is the cherry on top for customers. A recent European Committee report shows that Poland is Europe’s second hardest working nation with professionally active Polish workers clocking an average of 42.5 hours per week (with the world average being around 40). This famous Polish work ethic is great for customers - and an excellent example of the country’s nearshoring success.

The Price Is Right

We couldn’t, of course, finish this article without mentioning the all-important cost benefit. Although most people will be aware that commissioning software development work in Poland is cheaper than other countries, many will be surprised to learn that the difference can be as much as $23,687 per year - yielding big savings for small businesses.

As artificial intelligence becomes more and more critical for businesses in almost every industry, these are just a few good reasons for outsourcing to Poland.  Although your outsourcing destination ultimately depends on your requirements and budget, there are a lot of ups and not many downs to this development solution.  Still, if you need another reason, being able to occasionally visit Poland’s varied and beautiful landscapes is a really good one. 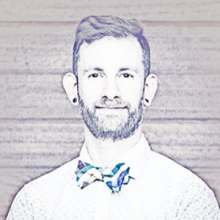 Zachary Hadlee is a technology journalist from London, currently based in Malaga. He writes stories about how the internet works - and how it is changing. From artificial intelligence to UX, things are happening today at a pace that can seem bewildering. He is an associate with future-processing.com.

Getting Back to Work: How Can UK Companies Best Reintegrate Staff?
11/12/2020