Opportunism: the other side of trust (Part 1)

We often hear stories of business relationships that appeared strong suddenly turning sour. These relationships may even have existed for some time. So what is going on? It is likely acts of opportunism.

Here’s an example. A client of mine awarded a multimillion-dollar, multi-year deal to the lowest bidder. The bid was characterised as “too good to be true”; and, indeed it was too good to be true. Over 18 months, the supplier has run over budget, been late on scheduled delivery of services, and both companies are in a dispute about whether the supplier actually performed work for which it invoiced my client more than 12 months ago. The supplier has increased its back office staff from five to 15, lost its performance bonus and feels the pressure that its head is on the chopping block. My client is way over budget, had to staff up to meet deadlines and feels quite a bit of buyer’s remorse.

Why would the supplier bid so low? Why would the buying company award the business? Could this situation be explained by acts of opportunism on both sides of the relationship? To understand opportunism we first have to understand trust, because without some level of trust, there can be no opportunism.

Trust Is the Other Side of Opportunism

Trust is the core quality of any collaborative partnership. Trust lowers transaction costs, fosters innovation and provides the necessary space for the flexibility and agility needed in today’s business relationships.

Trust is a choice. Individuals can choose to trust each other and choose to act in a trustworthy manner. Or, they choose not to. It is that simple. Business relationships with high degrees of trust can spend their energies leveraging each other’s core strengths and creating value, rather than on compliance, enforcement, or worse, fighting metaphorical fires as a result of poor performance.

Opportunism in today’s pressured environments can be very attractive to decision-makers who are expected to continually improve results. Unfortunately, people don’t get how opportunistic actions are driven by their own desires and not the other party’s actions. In effect, when one party acts opportunistically, they justify their actions by blaming the other party for their own actions.

In the situation above, the supplier chose to submit a ridiculously low bid and my client chose to accept it. Now, mind you they blame outside influences for those choices. The supplier claims it felt economic pressure in the industry to lower prices to stay competitive, and my client also feeling economic pressures to reduce costs awarded the work based on unusually low pricing. Nonetheless, each acted of their own accord. Each was acting out their own form of opportunism.

Trust and the threat of opportunism are two opposing forces fighting for the negotiator’s attention. Commentators have suggested that opportunistic behavior is the default position in many business relationships. In fact, Dan Airley in his book The (Honest) Truth About Dishonesty: How We Lie to Everyone – Especially Ourselves may shed some light on this subject. He suggests that opportunism may well be inevitable. Airley proposes that we are all in a delicate balance between our desire for gain by whatever means and our need to see ourselves as a ‘good person’. This is the balance between being opportunistic and being trustworthy.

Much of the prevailing thinking in the area of contract law is built around the concept that without controls embedded into contracts all arrangements would be subject to opportunism. It is often tempting to write contracts that make the consequences of opportunistic behaviour so extreme that it will make any attempt to seek unfair advantage uneconomically feasible. This approach to contracting assumes that negotiators will detect opportunistic behavior, which might be difficult.

Active and Passive Forms of Opportunism

Opportunism comes in many forms. Researchers in Norway and the US identified that it could be either active or passive. Active opportunism is usually employed by the powerful party. It can involve activities ranging from pushing out payment terms to arbitrarily taking discounts on invoices. Passive opportunism is of course more subtle; it can include actions such as not providing innovative ideas to the other party or letting quality standards slide.

It is extremely likely that where there is active opportunism from one party there will be passive opportunism from the other. Perhaps the most recognised case of passive opportunism is the General Motors (GM) v. Fisher Body case. This relationship sparked vigorous debate between leading economists. Many years ago, GM offered Fisher Body an exclusive contact for a number of years to ensure a consistent supply of vehicle bodies. To attract Fisher Body, GM offered a pricing structure where GM would pay Fisher Body cost plus 17.5% margin. This payment approach did not incentivise performance but rather created a perverse incentive in that the more inefficient Fisher Body was the more money they got paid (in cost reimbursement).

The issue came to a head when GM asked Fisher Body to move their factories closer to the GM vehicle production facilities (which would lower freight costs and reduce lead time) and to invest in higher levels of automation in producing bodies (which would replace expensive labour with more efficient methods). Since there was a financial incentive for Fisher Body to maintain inefficient production methods and to locate factories where they could service other vehicle production companies at no penalty, they refused. To solve its need for cost savings and production efficiencies, GM bought Fisher Body and made it a 100%-owned subsidiary.

Personal and Corporate Forms of Opportunism

Opportunistic behaviour can come from the decisions of an individual or from corporate policy. Personal ethics, or the lack thereof, can have an impact on contract negotiations. The attitudes of senior management can have a very significant effect on the degree to which staff may undertake opportunistic actions with their counterparts.

In the case of corporate opportunism the firm may, as part of a larger strategy, decide to use (misuse) its market power to improve its position vis-a-vis its suppliers. A common example happening today is that of powerful customers arbitrarily pushing out payment terms from 30 to 60 days or beyond throughout the supply chain. Those payment terms often hit the smallest companies in the supply chain the hardest (also a form of active opportunism).

Because trust is so fundamental to success and opportunism is such a real threat to success, companies (and the negotiators who architect the agreements) should establish their business relationship around six social norms. The norms outlined below are the same ones that govern successful societies.

In my book Getting to We: Negotiating Agreements for Highly Collaborative Relationships, I describe six social norms, referred to as guiding principles. These social norms serve as the foundation for developing trust. They are reciprocity, autonomy, honesty, equity, loyalty and integrity. These principles, so important in our personal endeavours and interactions, also drive collaborative business behaviours and sustainable business partnerships.

On the other hand, with a commonly agreed to set of social norms for the relationship, opportunism will wane because the chosen norms will guide the behaviours of individuals and organisations alike to help them make the right decisions for the benefit of the relationship.

To maintain trust, each company is responsible for always following the principles. For example, if both companies take seriously the principles of loyalty and integrity, the buying company will not disingenuously threaten suppliers with re-bidding work, and suppliers do not sell the “A” team just to substitute the less expensive “C” team to make a hefty profit. 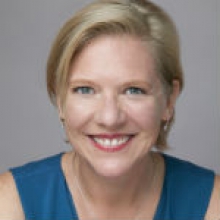 Jeanette Nyden is the author of three books including Getting to We: Negotiating Agreements for Highly Collaborative Relationships and Negotiation Rules! A Practical Guide to Big Deal Negotiations. Ms. Nyden works with executives to maximise key customer-supplier relationships by providing tactical, customised contract negotiation training and coaching from the planning phase through to execution.

Is the UK's government doing enough to promote SME exports ahead of the EU referendum?
03/18/2016