“We are nothing more than a bunch of pawns on this outsourcing checker board,” Jeanette said.

“I think you mean ‘chessboard’,” I said smiling at her.

“You know damn well what I mean, Dean. Hey, that rhymes,” Jeanette said, returning the smile.

“Sadly I do understand, and, from what you’ve described, I have to agree with you.”

“We have worked here for 13 years in a real partnership with the plant in good times when we were making engines seven days a week around the clock, and in bad times when we were lucky if we could keep one shift running,” Jeanette stated, obviously agitated.

The door to Jeanette’s office opened and Alvin walked in. Alvin had been part of Jeanette’s team for almost ten years. He was a real source of pride for Jeanette as she had hired him as a cleaner. Over the years he was promoted, and today he was the housekeeping manager responsible for the upkeep of all five plants within the facility.

“Hey Dean, where have you been hiding?” Alvin asked, giving me a punch in the shoulder.

“Been pretty busy lately,” I responded, getting up to shake his hand.

“Trying to straighten out those idiots in Detroit?” Alvin asked, dropping some papers off on Jeanette’s desk.

“Used to be the slaves were sold to the highest bidder. Today we’re sold to the lowest bidder,” Alvin muttered, shooting us a salute as he walked out the door.

“Wow, that’s an awfully strong sentiment. Does everyone feel the same way?” I asked Jeanette.

“Like I said earlier, we’re pawns, and I’d say Alvin speaks for how all the hundred-plus of us feel,” Jeanette responded, not smiling at all this time.

Jeanette worked for Wilkinson Solutions, an inside-outsourcing service provider who started providing housekeeping services to the engine plant thirteen years ago. Over the years Jeanette and her team work diligently to provide value-added services, and were especially responsive to taking on new challenges. Plant management referred to Jeanette and her team as one of the group. They had successfully become true partners, willing to take on additional services in an effort to keep the plant competitive as it struggled to stay open and competitively build engines. The plant was located in a small town, and was one of a handful of plants still open in the area. It was an important source of employment for a lot of people, including Jeanette and her team. Like many manufacturing plants in smaller towns, unions can be a true source of competitive advantage or disadvantage. Jeanette and her team worked with and alongside her UAW counterparts for the betterment of the plant. There were times of heated squabbles and disagreements, but under Jeanette’s leadership her team always found ways to work in harmony alongside plant personnel.

“Jeanette, I think I have the general gist of what transpired over the past 12 months, but would you mind filling in the blanks?” I asked.

“You’re obviously aware of the initiative by Detroit to put the inside-outsourcing activities at all of their plants under the leadership of one company at each plant,” she said.

“Very aware, and also very aware the initiative is not overly successful,” I said, jotting down some notes.

“Exactly, and the plant management here was hopeful they would not have to adopt this new Detroit-driven model as they could not see the benefit for them.”

“So what happened then?”

“Easy. The plant lost and purchasing won,” she stated.

“How can a company exist where manufacturing and purchasing have a win/lose relationship?” I asked rhetorically.

“Don’t ask me. We don’t get it, and the plant people here don’t get it either. Dean, as you know, when we started we only performed housekeeping. Today we provide maintenance, grounds keeping, production support, engineering support… We are active in virtually every department of the plant.”

“I didn’t realise just how far your services had expanded in the plant,” I said, looking up.

“Do you think the other departments would have given us opportunities if we were not performing? Not a chance, Dean. With every addition, we had to work with the union to ensure a good level of harmony while implementing our management systems,” Jeanette stated flatly.

“Yeah, and for what? To be sold out to the lowest bidder just like Alvin said. We all feel very unappreciated. We’re pawns, not partners”.

Jeanette spent the next thirty minutes describing what they’d experienced over the last 12 months. The process began in August of 2015 when purchasing out of Detroit announced the plant was going out for bid, and Wilkinson Solutions, Jeanette’s company, would not be invited to participate in the bid as they were deemed incompetent. The battle began. The plant management team fought with Detroit to include Wilkinson, outlining the fact that they were successfully performing all of the duties outlined in the new bid and were fully integrated into the plant. After several rounds of debate, purchasing reluctantly agreed to allow Wilkinson to bid, more as a step to pacify the plant’s management team and keep their initiative moving forward than anything else. Jeanette’s team started to feel undervalued the minute purchasing refused to allow Wilkinson to bid. They could not grasp why they were excluded. After a decade of proven service, why was her team being pushed to the side lines, allowing other companies, who were all failing at other plants, to come to her plant and ruin all of her hard work?

“So after you were able to get included into the bidding process, what happened?” I asked, taking notes to establish a bit of a time line to the story.

“In September of 2015 the bidding process began. Three bidders showed up at the plant to review the scope so they could prepare proposals,” Jeanette said.

“It was pretty much a cluster, and it was very obvious to all the service providers that purchasing did not know the scope of work. They struggled to answer even the most basic of questions,” Jeanette said, smiling as she recalled the meeting.

“You’re going to get a kick of of this next part. Purchasing got in all of the bids, then the service providers made presentations, and then it all stopped dead. Next thing we knew, our contract had been extended for six months,” Jeanette said, still holding onto her smile.

“Why did the bidding process stop?” I asked, my curiosity taking hold at this point.

“The discrepancies between the bids was so big, purchasing couldn’t figure out one bid from another. We actually were getting calls from the other service providers to find out what we knew because they couldn’t get a straight answer out of purchasing. It’s like they all got back in to their space ships and went home to planet Detroit. You know they’re really aliens don’t you?” Jeannette said, her smile broadening even more.

The one thing that was becoming increasing apparent was that Jeanette’s respect for purchasing had faded. Jeanette and her team felt under-valued, and had been put through a tremendous amount of stress for half a year only to end up in limbo. Her team members were very uncertain of their future, and their focus had moved from finding better ways to improve operations at the plant to worrying about whether they had a job or not. All of Jeanette’s team had been solicited by the other service providers during the bidding process. The service providers had promised each of them a job if they were to be awarded the business. This just confused Jeanette and her team even more. If a new service provider was to hire her whole team, what’s the point in making the change? They just couldn’t shake the idiocy of the exercise.

“So if the bidding process was idled, how’d did you end up losing the business?” I asked.

“In their infinite wisdom, after rounds and rounds of debate with plant management who still didn’t want to be involved in this initiative, purchasing started the entire process over again in March of 2016,” Jeanette said, losing her smile.

She went on to describe how three more rounds of bidding dragged on for another three months. At the end, purchasing had their winner and it wasn’t Wilkinson Solutions. Jeanette, her team, and the plant were devastated. The new service provider was appointed and was given 30 days to transition the plant from Wilkinson Solutions to themselves. The first thing they did was start the process of hiring Jeanette and her team at lower wages and reduced benefits. By doing a bit of digging, Jeanette found out that the difference between Wilkinson’s bid and the bid accepted by purchasing was only $200,000 dollars, roughly 4%. She then quickly tabulated the wage and benefit reductions the new service providers were implementing, and woke up to a terrifying conclusion. Jeanette and her team were going to be footing the bill for this change. The team that had given their hearts and souls to this plant was now going to have to take a wage and benefit reduction in order for the new service provider to make their cost model work. She was livid.

“Dean, you know what is even more frustrating?” she asked, not smiling at all anymore.

“The new service provider would not accept any of our training records, so they’ve eaten up hundreds of man hours re-certifying our teams, which has cost them thousands. Our team cannot understand why they need to go back and re-do what they’ve already done, so they are demoralised. Last year our team submitted nearly $750,000 dollars in cost savings, better than ten per cent of our revenue. This year with all the crap we will be lucky if we submit $35,000. Why can’t purchasing see they have not saved the plant money, but rather cost them almost a million dollars?” she stated.

“Don’t know. Wish I did. Like you said earlier, they live on their own planet,” I responded as the gravity of the situation hit me.

“Dean, I’m at a loss as to what to do. Me and my team lived for this plant. It is one of the few good employers in our town, and we all care about our town. This pill, though, is tough to swallow. Like Alvin, I’m struggling to get my head to a better place and see the big picture, but the more I see the big picture the more I realise it’s not me who cannot see the big picture, it’s purchasing. Their stupid, ill thought-out initiative has cost them more than they will ever recover. My team will never get fully back on board,” she said, obviously feeling defeated.

We sat for a few moments in silence. I didn’t have one reasonable suggestion for Jeanette, who was obviously looking for direction or to wake up from this bad dream. Sadly, it was not a dream. Jeanette and her team, who were once proud members of Wilkinson Solutions, had been sold. Sadder to say, but Alvin was probably right.

(To read the second part of this article, click here.) 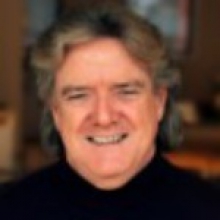 Damian Scallon is the Managing Director of the Inside-Outsourcing-Institute, the author of The Outsourcing Conundrum and Fieldguide to The Outsourcing Conundrum, as well as a columnist for Outsource Magazine. Damian pioneered the early inside-outsourcing services and has stayed committed to this field for the past forty years. HIs current focus stems from a belief that a competitive advantage is gained through strong partnerships.