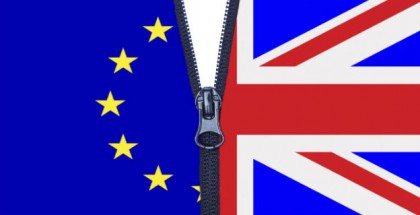 Related news:
Of exit and Brexit
Will the UK save £1.6bn on procurement after Brexit?
Brexit splits UK businesses over data law

There’s a new twist on March Madness, at least in the United Kingdom's IT services world, as the UK has officially triggered Article 50 of the Lisbon Treaty advancing Britain’s separation from the European Union. This blows open the future of the EU and, among the many other oft-discussed prognostications, challenges the whole basis of IT outsourcing services delivered between the UK and the EU.

Many global companies with significant UK-based IT infrastructure and operational support services must revisit and potentially restructure traditional IT services such as data centre, depot and dispatch services, among others. Those companies leveraging UK-based services within the remaining EU nations will be particularly impacted with Brexit in motion. As the specifics of the UK’s negotiated exit from the EU become known these entities will need to turn on a dime to potentially restructure service delivery while at the same time transitioning regulatory, customs, and tax treatments. To put it in simple terms they will need to continue in the short term to operate business as usual as a fully compliant EU-member and post Brexit, within to-be-determined time limits, demonstrate compliance with both the new UK regulations and re-establish the EU services as a non-EU member compliant solution.

While the UK appears bullish about its ability to negotiate a satisfactory deal to continue its trading relationship with the EU, the political and economic effects of Brexit remain to be seen. There are already big impacts in almost all sectors of British business.

The European Central Bank (ECB) is considering fast-tracking license applications from UK-based banks hoping to move operations to the EU after Brexit. Two major banks, HSBC and UBS, have revealed plans to move bankers out of the UK and Barclays Bank is eyeing alternate locations for its EU headquarters.

In other industries, EU chiefs have warned British companies of the need to relocate their headquarters in order to continue to operate business as usual. To continue operating routes across Europe, easyJet and British Airways will not only need to relocate their EU headquarters, but also maintain a significant base on EU territory, and sell off a majority of their capital shares to EU-nationals after Brexit.

Such impending decisions are re-defining the European business landscape and forcing consideration of the restructuring of operations for entities with major UK and EU presence. This, in turn, has significant potential near-term impacts on delivery and use of outsourced IT services. There questions not only impact future delivery locations, they also challenge the continued viability of IT services for the EU delivered from the UK.

No country has ever travelled this path, and Article 50 is vague: “Any member state may decide to withdraw from the union in accordance with its own constitutional requirements.” The expectation is that the leaver negotiates a deal on its withdrawal while establishing legal grounds for a future relationship with the EU. There is a provision that gives two years from the date of Article 50 notification to conclude new arrangements. Failure to do so results in the notifying state falling out of the EU with no new provisions in place – an untenable position for the continuity of business.

Also, there is little incentive for the EU to accommodate exit conditions favorable to the UK given the disruption to the EU’s economic and political relationships. This lack of incentive is compounded by pending springtime French elections, as well as pivotal German elections in September, which will limit UK-EU negotiation progress in the first six months post notification. With 43 years of treaties and agreements covering thousands of topics to disposition in the remaining 18 months, the future UK-EU trade deal is expected to be highly complex. It will also be subject to last-minute changes as it will require the approval of parliaments across Europe’s remaining 27 EU nations.

There is speculation that as much as 80% of UK commercial law may need repealing and restructuring - a staggering statistic. Consider the implications for outsourced IT services agreements when the whole regulatory and legal basis is subject to change. In addition, there in concern that Prime Minister Theresa May might consider “no deal for Britain is better than a bad deal for Britain,” leaving the EU without an agreement and meaning that the UK would have to operate under World Trade Organisation (WTO) rules, requiring customs checks, tariffs and significant tax liabilities. This scenario would result in chaos for British-based IT services as well as inhibiting cross-border service delivery to EU nations.

While all current UK laws and regulations will remain in place during the Brexit process, all IT service providers and recipients of such services must be highly vigilant and plan for significant restructuring of commercial agreements, regulatory compliance requirements, and the associated redefinitions of controls and audits.

Post-Brexit implications will persist long after the separation is complete and the UK workforce will not be immune. Since 2013, the UK-born workforce has been declining and the reliance on overseas workers growing. More stringent migration controls post-Brexit will likely reduce the number of overseas workers available. In addition, post-Brexit there will be more competition in finding, hiring, and retaining talented resources. Given the re-structuring demands of Brexit, IT services and the knowledge economy in the UK is expected to continue to be high-growth. An anticipated talent scarcity may accelerate pay growth for key roles, with significant competition for digital, regulatory and cybersecurity talent. The existing worker shortage, combined with Brexit-driven talent cost and demand increases, will likely fuel the IT services market’s demand for alternate solutions leveraging automation, robotics and alternate delivery models using virtual teams to access resources outside of the UK.

For core digital infrastructure there is a very real risk that the UK could be deemed inadequate as a data host owing to the lack of ability to certify compliance with EU laws such as the new General Data Protection Regulation (GDPR) and Network Information Security (NOS) directive post-Brexit. In the case of GDPR, following its introduction in 2018 the UK data centres will need to rapidly transition from an EU to non-EU treatment and overcome the lack of a mature equivalent framework, processes, and procedures for certifying UK-based data services. The number one concern will be how to ensure the continued free flow and protection of data, particularly as any failure to comply with GDPR may result in revenue-based fines as high as 5% of a company’s annual global turnover.

For traditional infrastructure services such as data centre, service desk, end-user computing, depot services, remote infrastructure management, and managed security services, the expected restrictions on cross border trade, future tax implications, likely custom tariffs and other barriers will undermine the business case for IT services based out of the UK. It could even impede performance to a level that such services may no longer be viable across UK/Europe borders.

The long-term Brexit impacts are dependent on a resolution of the negotiated exit agreement. In the meantime, global companies that leverage UK-based IT services must exercise caution when establishing or renewing or further investing in UK-based IT services. Brexit’s two-year negotiation period is only the beginning. The effects will be felt long after and will continue to rival March Madness for the ability to produce unexpected upsets to established norms. 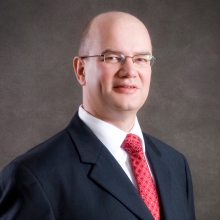 Craig Wright is a managing director at Pace Harmon, a business transformation and outsourcing advisory services firm providing guidance on complex transactions, process and operational optimization and provider governance. He has more than 20 years of experience providing pragmatic and insightful technology-driven advice that helps Fortune 500 and other large enterprises optimize performance, productivity and cost.