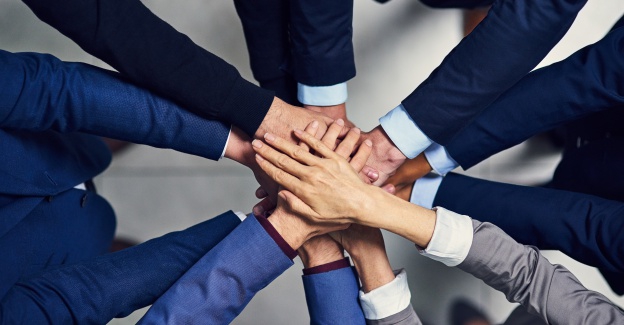 Success is not about procurement getting the upper hand; in fact, it might be about giving it up! Such a statement could raise the eyebrows of people pursuing success. It’s true that all corporate functions want more influence — but the secret lies in how they go about pursuing and leveraging that influence.
For instance, for procurement managers to maximize the value from every contract, they must work with the best and most influential suppliers of every product and service — even if it means they can’t always maintain the upper hand.
Maybe it’s time to tweak our thinking about procurement influence. The real-life experiences described in the following case study — and the ones you’ll read in Part 2 — show that procurement teams need to learn three key lessons about influence before they can reach peak effectiveness and before strategic suppliers can exercise their own influence on behalf of buyers.

Sometimes procurement teams must give up control to increase the influence of their supply chain. As they move away from reacting to transactional business needs and toward building strategic influence, procurement needs to stop emphasizing control in supplier relationships. Traditionally, procurement has been most comfortable when they have near-total control over suppliers. If they work to maintain that condition, however, they artificially cap supplier value creation. To make sure procurement has control over the relationship, they believe they must select suppliers that are not too influential, not too successful or not able to challenge their customers directly.

But contracts do not exist for procurement’s benefit. If the best, most qualified supplier ends up having leverage over procurement, but they are able to create measurable value for the enterprise, then that is the right way to go.
For example, consider the case of expanded insight that played out at  Brunswick, a world-leading provider of marine engines, pleasure boats, and fitness, bowling and billiards equipment. They implemented a centralized spend analysis solution to increase both visibility and control. They understood that if they limited the increase in visibility to internal eyes only, they would be shutting the door on half of the value they could potentially gain from their investment.
With all of their business units’ demand and purchasing history combined into one cleansed data set, Brunswick’s suppliers understood more clearly their diverse business requirements and aligned more accurately with future business strategy and direction. If the Brunswick procurement team had decided to block their suppliers from this visibility, procurement certainly would have monopolized the upper hand during discussions, but suppliers would have been blindly trying to offer additional value. By allowing the suppliers to become well informed about Brunswick’s needs, suppliers became more influential, but they were also better positioned to deliver on the company’s behalf – increasing procurement’s influence internally and externally.

Supplier influence has grown with the realization that supply chains are critical to competitive advantage. Smart suppliers capitalize on this realization and expect to wield as much influence as their potential value can allow and their ability to manage their own supply chain can tolerate.
Suppliers that recognize the connection between value and influence will work to build both in parallel and will be driven to grow their market share through innovation, not straight leverage. These suppliers present key collaboration opportunities – and foster conditions where both procurement and suppliers can grow their influence at the same time.
RCI Banque was willing to put their words into action when it came to empowering supplier influence. When they automated their purchasing activity via the procure-to-pay platform (P2P), they reduced the time spent paying supplier invoices and sped up supplier compensation. By paying their suppliers sooner, and making the whole process more transparent and predictable, they vastly improved their supplier relationships. Although giving up cash sooner might have seemed like it reduced RCI Banque’s influence over their suppliers, it actually created an opportunity for them to become a customer of choice, receiving greater value-oriented investment from critical supply partners simply by leveraging automation to increase efficiency. People who hold the money may hold the power, but they are unlikely to have collaborative relationships with any of their suppliers – at least not for long.

Technology can be your procurement team’s best friend, but only if you use it to convert strategy into action – or collaboration into value – by freeing up the right resources to engage with the right suppliers on carefully selected opportunities.
Most supplier relationships involve flexible, give-and-take of influence over the terms of the contract. As a result, procurement needs to increase their engagement to realize the total value of each agreement. This engagement must be direct, driven by an understanding of big picture enterprise objectives and be mutually beneficial.
The role of technology in such cases is twofold:
1.) Procurement must carefully decide which supplier relationships merit a collaborative level of attention (based on market intelligence, spend data and related risk).
2.) The majority of supplier relationships will need to be automated if procurement is to have the time to go strategically hands-on without increasing headcount.
Value of influence is limited if it is not lasting! That is the lesson your procurement team will need to bring into supplier relationship management strategies. If your influence is sustainable, it will flex enough to survive the ups and downs that are inevitable over the life of a contract.
Your willingness to be “down” in one situation creates the potential to be back “up” when circumstances change. Fighting for dominant influence shortens its tenure and does as much damage as good to procurement’s results and relationships.
Maintaining a big picture perspective increases the number of teams working in parallel to create unified value – procurement, stakeholders and suppliers – absolutely expanding the value, not dividing it.
Tags:
Supplier Relations
Supply Chain
Spend Analysis
Negotiation
Collaboration
Region:
Global 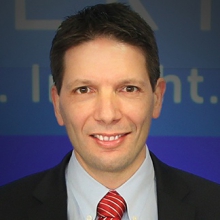 Julien Nadaud is the Chief Product Officer, Determine and SVP of Innovation, Corcentric. Julien's focus is to bring teams and innovative technologies together to build a global industry leader in strategic sourcing, supplier management, procure-to-pay and contract management. A global specialist in eProcurement and spend management, he has an impressive career of industry innovations, having implemented more than 100 projects worldwide.