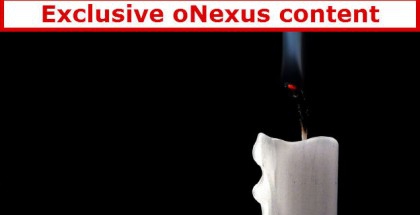 NEW YORK: The international outsourcing community is in disarray following last night’s shock announcement by the UN Security Council that all outsourcing and offshoring activity has been criminalised “with immediate effect”.

“I can’t believe it,” lamented the anonymous CEO of a major multinational service provider. “Decades of constant, overwhelming, economy-rejuvenating success – give or take a few multibillion-dollar failures – and they do this to us. Talk about a kick in the nuts.”

“This is the death-knell for an entire industry,” sobbed an analyst with a $600,000 mortgage. “How could they do this to me – I mean, us? What could these politicians possibly hope to achieve other than a huge surge in popular support at a time of intense dissatisfaction with the democratic process?” she went on, adding that voters should “check out my LinkedIn profile! I’m proficient in Excel and can absolutely adapt my research findings based on your level of investment!”

The unanimous Security Council decision came as a complete surprise to most observers, as the subject was not known to be up for debate; moreover, service delivery locations such as China (wielding veto power as a permanent member of the Council) and Malaysia were hardly expected to support any such measure. Nevertheless, as one long-standing insider explained to Outsource this morning, “You never know what’s gone on behind those closed doors. It’s all horse-trading, mutual back-scratching and a little bit of nuclear brinksmanship.”

The new Resolution commits all UN member-states to “make criminal, and punishable by the maximum penalty prescribed for by each state’s respective legal code, all outsourcing by the end of the calendar year 2016, and all offshoring by the start of the calendar year 2017” – a somewhat confusing commitment apparently adding to the general befuddlement felt by, in particular, the delegates from the United States and the United Kingdom who “didn’t realise there was a difference between outsourcing and offshoring” according to one smug-faced pundit.

The announcement has wreaked immediate havoc on global share prices, with the Indian market plunging an astonishing 15% in the first two hours of trading today. Reports are coming in of riots on the streets of several major cities and of a veritable torrent of private jets heading for Switzerland.

Similar stories are emerging from countries as far afield as Thailand, Egypt, South Africa, and Bulgaria – one furious official from the last of which has been quoted by the BLAG news agency as saying that “It’s an outrage! We’ve bunged hundreds of thousands of [currency, name and organisation redacted on legal advice – ed] and what use are these bloody awards now?”

In Washington, President Obama said that his administration had voted in favour of the Resolution to “safeguard American jobs” before announcing $6 billion in emergency aid to Kenya. Reaction from the leading candidates for the presidency was mixed: Hillary Clinton told supporters that the decision was “a step in the right direction for America” and that she was “glad they’ve listened to me”; meanwhile, Donald Trump lambasted the Resolution as “too little, too late” and promised upon his election to burn at the stake anyone who has ever worked for, signed a contract with or spoken the name aloud of any foreign-based outsourcing service provider.

In what could be seen as a portent of some intense legal wrangling to come, a leading international outsourcing lawyer said that the Security Council Resolution “could very well be unenforceable”. On the other hand, he added, “it could very well be enforceable. At this stage it’s far too early to tell; we’ll need to put in many, many thousands of billable hours on this before we can come up with an opinion which conflicts sufficiently with other opinions to ensure a few very juicy actions. Cheers!”

Outsource was unable to source coherent comment from any of the leading outsourcing advisory organisations, though one phone call to a boutique London-based firm did prompt some muffled swearing, a shriek and a solitary gunshot. However, one former advisor now working in academia who contacted Outsource this morning said gleefully that “it couldn’t happen to a nicer bunch… That’ll teach them, anyway. It was bound to happen. No industry that could afford to lose me could possibly survive in the long-term, of course!” before dancing a jig and opening a bottle of budget champagne (“fermented grapes, not sour ones, what, what?”).

Attempts to reach a succession of outsourcing luminaries for comment have thus far been unsuccessful, with the best-known figures in the industry all apparently unprepared at this time to make public their thoughts, though one renowned analyst and blogger was willing to speak drunkenly to Outsource on condition of anonymity: “I’ve been saying (hic) for ages it’s the death of outsourcing. And now (hic) outsourcing really is dead! It’s like I’m a (hic) wizard or something. Or maybe Jesus.” Reports are not yet confirmed that this person has since drowned attempting to walk on water.

At the time of writing the future of Outsource itself remains unclear, though the editor was seen this morning staring through floods of tears at a hastily rendered ‘Insource’ logo. It may be that circumstances mean that further articles will not be forthcoming; however, readers are urged nevertheless to keep their eyes on this site for more information, and are invited to contact the editor at jliddell@sig.org should they be interested in purchasing some nearly new office supplies and/or some of the very best IP in the history of business.