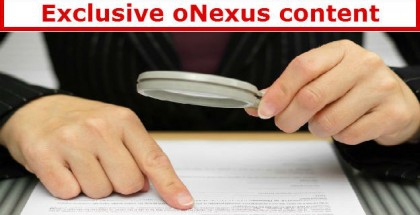 All too often, businesses are faced with bold promises about the services they will receive from their outsource providers; they are drawn in by the “ideals” pitched to them and ultimately, find themselves disappointed with the outcome as those services fail to live up to expectations.

This is a dilemma that arises time and time again for organisations that procure outsourced services. Outsourcing is undoubtedly a powerful tool for improving performance, driving business change, and achieving efficiencies within an organisation. However, it should not be forgotten that any deal requires significant up-front investment from the buy-side organisation, including the costs of undertaking transition and transformation, the need to reconfigure the retained organisation, and other deal costs. What happens if the outsourced services just aren’t cutting the mustard?

In light of this, it is paramount to the buy-side organisation that any major outsourcing contract includes sufficient levers to incentivise good supplier performance. Deal teams spend a huge amount of time forming, negotiating and then drafting outsourcing contracts. Where is this time best spent?

It is a question that our clients often ask us. To help obtain quantitative data on the subject, we ran a survey to collate information on which contractual provisions included in outsourcing agreements are actually being used by customers at the coalface, to ensure that their suppliers perform.

It is clearly a topic that generates interest and respondents were keen to provide real-life examples of outsource relationships where particular contractual provisions have been used to great effect, and equally those that have not had the value that organisations expected when the contract was signed.

The survey demonstrates that traditional contract levers, the “push factors”, to ensure suppliers perform remain crucial and are being well used on a day-to-day basis by sophisticated buyers of outsourced services, such as service credits, remediation planning and loss of exclusivity.

However, the buyer community is equally aware of the benefit of using and relying on softer tools, such as escalation processes, governance structures and relationship management to help incentivise good supplier performance. These “pull factors” need to be hardwired into any significant contractual arrangement, rather than being left to be discussed after signature. Each contract must have the relationship at its heart, through a strong governance structure, constant senior engagement from both sides, a reporting structure that delivers an understanding of whether business requirements are being met, and also an ability to reward good performance where there is a tangible upside for the customer’s business.

An ability to be flexible is also essential to a successful contract from the customer side. Continuing with this theme, the survey also demonstrates an openness on the part of the buyer community to revisit the contract terms, if deemed necessary to improve performance and embed confidence in the buyer’s organisation. The types of changes being considered include renegotiating the charges, adjusting the charging mechanism to better compensate for fixed costs, re-baselining, pushing out certain SLAs, amending the scope of the services being provided and also extending the transition period. Nevertheless, these steps were still seen as “unwelcome” and “rare” and there “needs to be a benefit for both sides in the new terms”, with perhaps “a marginal increase in rate, subject to increased contract performances”.

Service credits, as well as a right to terminate in part, are both viewed as very helpful tools to deliver performance. The tool that the highest percentage (21%) of respondents concluded was the “most helpful” tool was termination in part – an interesting statistic. It is a right that is often considered and may be included in outsourcing contracts but often without full thought being given to the consequences. For this to be a right that works in practice, it is essential that the contract clearly identifies those parts of the contract that can be terminated and crucially, that it is clear what the impact is on the charges and wider terms that are relevant for the retained services. Without this, the right does little more than trigger a change control discussion.

In the additional commentary provided by respondents, service credits come up time and time again as a helpful way to raise supplier performance. Despite this, they are not seen as the perfect solution. 85% of respondents agreed that service credits are helpful, but crucially they do not encourage suppliers to perform above and beyond the relevant service level. The mechanism also needs to be thought through: for example, 83% agreed the service credits should, for example, be incrementally increased for repeat failures in meeting service levels. In addition, there is a risk that suppliers are not focused where they should be where there are “badly aligned SLAs” that “drive wrong behaviours”. An earn-back element of a service credit mechanism was also seen as attractive, as only 11% of respondents did not agree that suppliers remain incentivised when they are allowed to “earn-back” service credits through improved performance.

11% of respondents regularly use the contract remediation planning process to tackle supplier under- performance and over 50% apply the process from time to time. A number of respondents noted the importance of being able to deal with under-performance via a “root cause analysis” from the supplier.

Overall, over half of the respondents regularly conduct audits of their suppliers and a number of respondents separately identified that an “ability to increase oversight” where a supplier is not delivering had proved to be helpful. This said, over 20% never use the audit rights – a high figure.

The chart below shows how escalation has been used by respondents. Feedback from the survey respondents stresses the importance of using the contract escalation processes, with a common message being that it is key to “work closely with the supplier at a senior level” and “senior level escalates”, “senior management escalation” and “escalating the issue to a Director within the supplier organisation” all being the ways in which respondents identified they had resolved a recent problem with supplier poor performance. However, what is also clear is that “senior management had to be really engaged in the issues and could not just have a superficial understanding”.

Over 70% of respondents indicated that they have employed some form of escalation in over 10% of their contracts.

67% of respondents would agree to amend terms for a supplier in order to improve performance, though the additional commentary indicated that this option perhaps only came into real consideration when other options had been exhausted, and where there was a genuine belief within the buyer organisation that the supplier was not able to conduct its business in a profitable way.

Many respondents were vocal around the importance for a contract to recognise the relationship element of an outsourcing arrangement, such as:

“Continual working together and review of performance, using relationship and
communication as opposed to contractual remedies.”

“By close and continuous contract management, regular reviews, a careful use of change control and constant senior engagement in reviewing performance.”

“Close working relationship that recognises the supplier’s and client’s needs and ability to conduct business in a profitable way.”

“More to do with supplier relationship management than contractual stick and carrot – if relationships are good, this fosters a better working environment and improved performance.”

In conclusion, it remains the case that having a number of levers in an outsourcing contract to incentivise good performance from your suppliers is paramount. Although it is accurate to say that this survey demonstrates that certain provisions are more favoured by the buyer community, what is also clear is that having a range of options available to an organisation at any given time is very beneficial; the solution is very much dependent on the particular facts at the time and there is no particular contract tool that will be sure to fix all problems. There must be sufficient tailoring to a particular transaction and the contract must be able to deal with the multitude of types of breaches or poor performance issues that can arise in an outsource relationship.

Finally, buyers can look outside of the immediate contract terms to drive better performance. A number of respondents pointed out the benefit of having alternative suppliers in place; holding back on further work to a supplier that is not delivering on the existing contract; and also not being as open as it could be to providing support to a supplier where that supplier is hoping to win work from other potential clients. It is important that buyers consider these levers as part of their wider vendor management strategy, which needs to sit alongside the approach taken on each outsource contract.

Edward Tompkin is an Associate in the Eversheds company commercial team in London and has specialist experience in international outsourcing deals and commercial contracts.