Consumers are becoming both more loyal and trusting of their banks and insurers according to a survey of 3,000 consumers in Germany, Spain and the UK. The research, titled Youbiquity Finance 3, is the latest in the BT- and Avaya-supported series begun in 2012. It finds that the increasing use of technology is coinciding with improved relations between consumers and banks and insurance companies. Some 35% of UK consumers say that they have a "strong relationship" with their bank, versus 29% in 2014, and 33% say that their bank puts customers at the heart of their business, up from 19% in 2014. The role played by outsourcers has been, naturally, essential to this warming in relations and the research suggests that their continued development of digital technologies will not only increase customer satisfaction, but also allow outsourcers to cut customer contact costs in SLAs further.

The increasing usage of technology by consumers has been widely documented, and is supported by this research; 46% of UK consumers now use a PC or Mac once a week or more to check financial balances (Germany 51% and Spain 54%), while 27% of those surveyed use a smartphone banking app (17% Germany and Spain 35%); 29% of all respondents say that they have applied for mortgages online, versus 17% in 2014. And in the same period, the number of UK consumers applying online for current accounts rose to 31% from 25% (Spain rose to 22% from 19%). This uptake of technology when carrying out more complex transactions reflects the growing confidence consumers have in technology, and perhaps highlights that outsourcers can have confidence in expanding their digital services.

Similar trends have also been observed in dealings with insurance companies, with 37% of people saying that they’ve tried to make an insurance policy change online. Twenty eight per cent of those making a car or a home insurance claim now turn to online channels first and 42% of those reviewing their personal pension start online too. These figures are significant enough to suggest that outsourcers must be aware of the trend of consumers using technology more expansively, and act to ensure they respond by supporting favoured channels.

However, while outsourcers may harbour fears over older age groups struggling to grapple with modern technology, they also must be mindful of a lack of confidence of the youth (only 47% of 16-24-year-olds say that they are confident in making their own financial decisions, versus 66% of people aged 55 years or more). Video chat is a popular and efficient channel which can provide support for all ages: 55% of all consumers surveyed agree that having conversations with advisors by video conference would help them better understand the information being given (Germany 45%, Spain 66% and UK 52%). This rises to 63% of 16-24-year-olds. Overall, 62% of people said that video chat could help improve trust compared with 70% of 16-24-year-olds.

More traditional digital channels have also increased in popularity, suggesting a universal growth in the usage of technology - the proportion of consumers who would choose email to get help from their financial service provider rose between 2014 and 2016. Web chat has become significantly more popular too, with demand from consumers up by more than 100% across Germany, Spain and the UK since 2012 (24% in 2012 to 62% in 2016).

It is clear, then, that consumers are embracing modern technology, but they demand better service standards too. Two in three people surveyed expect web chat conversations to start right away and three in four people want their phone calls answered within 30 seconds. For email, people want a response within three hours. And 57% of people say that they expect a full response within three hours to a tweet or Facebook post.

The implications for outsources of services to financial services providers are clear: 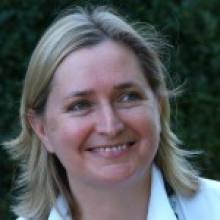