The X-factor for successful offshore delivery 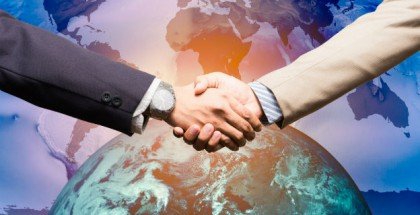 Over the last two decades I have had the opportunity to work with some of the largest (as well as mid-sized) enterprises who had outsourced their IT work to offshore based teams. The offshore teams themselves were either part of service providers who were domestic companies out of North America/Europe, or part of providers who were headquartered out of India (with largely a sales presence in North America/Europe). This coupled with the experience of working in service provider organisations of both types, gave me some good insights into how the relationship elements worked in such a construct.

With the work largely being delivered from offshore, not only did clients have to work with teams which were remote, but also deal with teams with different cultures, management styles and communication styles across different time zones. While there was usually a lean onshore presence that the service providers maintained, the onshore teams internally were dependent on the offshore teams and their leadership for much of the heavy lifting to be done. These challenges of working with remote teams that the enterprises faced were accentuated for enterprises who were either first- or second-generation outsourcers.

In an offshore leveraged delivery the whole mechanics of getting work done, reaching out for help, appreciating, directing, challenging and guiding by the enterprise are very different than when work is done in-house or outsourced to onshore teams. The management of work should be done in such a manner that it reaches the people who can make a difference and it should be understood by those who can make a difference. Very often clients go by the first version of the governance playbook that the service provider has slammed on their desk and reach out to the teams onshore but are disappointed not to see the desired results and action promptly. The cause is often because the context and content is lost by the time it reaches the offshore teams delivering the services (and that is assuming the feedback does reach the offshore team).

There are few other reasons why the role of the offshore delivery leader is crucial. Apart from the fact that this person is leading the delivery floor where bulk of the work is getting delivered from, they are also generally better connected to the larger delivery organisation and more influential there than the onshore account owner who is generally aligned to the industry vertical with P&L responsibilities.

A good connect with the offshore delivery leader also insulates the enterprise with any changes with the onshore account teams. It is unlikely that both onshore and offshore leadership will change at the same time - and it should not be allowed for the success of the programme.

In addition to these facts, the offshore delivery leader is the single person in the overall service provider’s organisation who has the direct pulse of the client’s engagement, has resources under his direction and is most importantly empowered operationally and politically to make decisions. A strong rapport and connect with this individual is that elusive X-factor which can make offshore based deliveries successful.

It also helps if the enterprise can prevail to have this person visit onshore for an extended period of few weeks annually to ensure that s/he is connected to their organisation and have the required insights to drive a successful delivery.

The above hinges on an assumption that the enterprise is fairly to highly involved through its retained organisation in operationally engaging with the service provider. If the level of the engagement is very low currently, this may also be a good way to initiate improvements in the governance model. 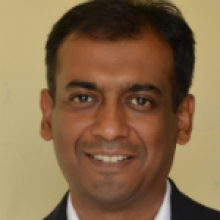 Ashutosh (Ash) Agarwal has been in the field of IT outsourcing for over two decades. He brings immense experience in the field of sales, consulting and delivery of outsourced IT services. Ash is also an AWS Certified Solutions Architect Associate. He has worked in various geographies including North America, UK and India. Ash spent first half of his career selling networking products, enterprise network solutions, and data center services. He has a good understanding of various enterprise technologies in this space. As a natural progression from sales, he worked in Product Management function for few years responsible for telecom and network management software products in both domestic and global markets. In the last decade Ash has worked with large service providers like TCS and IBM in account management and delivery leadership roles. He has expertise in planning, setting up and running global delivery centers. Based out of US he led a very large global outsourcing program which came out of a troubled transition. Over the years, across the organizations he has worked for, he has earned the reputation of a turnaround guy specializing in recovering troubled programs. He has worked with companies like IBM, TCS, Zoho and HCL in his corporate stints. In 2014, he co-founded Catacient Consulting which helps enterprises get better grip of offshore leveraged outsourcing programs by enabling an on-demand offshore collaboration management office to locally engage with offshore delivery teams. In his spare time he is into long distance running and likes to go for at least one Himalayan trek every year. He can be reached through this LinkedIn page at https://www.linkedin.com/in/ashuz/