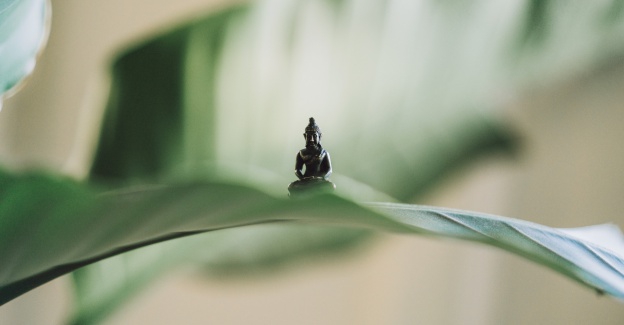 About nine years ago I packed up my apartment in Boulder, Colorado and made the move to pursue my dream of international living in Mexico. I moved without a specific job in mind, but quickly realized that waitressing wasn’t really in line with my career aspirations. Through networking I found a plethora of companies outsourcing positions to Mexico. And so, I began my journey of being an outsourced entity. Over the course of my time in the industry, I have become passionate about ethical sourcing. Mexico is a great outsource destination for bilingual, inexpensive, nearshore talent.
However, as much as I have had a wonderful experience working from my adopted country, I have witnessed many unethical practices, which has strengthened my desire to educate others on  the benefits of ethical sourcing.   Ensuring ethical sourcing practices in your supply chain can be labor intensive but the benefits are worth it in the long run.
According to the Chartered Institute of Purchasing & Supply (CIPS),  ethical sourcing is the process of: ensuring the products being sourced are obtained in a responsible and sustainable way; making sure that the workers involved are safe and treated fairly; and taking environmental and social impacts into consideration during the sourcing process. Ethical sourcing also means the procurement process respects international standards against criminal conduct and human rights abuses and responds to these issues immediately if identified. The good  news is  that  84 percent of  businesses report having a supplier code of conduct  in place  to ensure ethical sourcing practices.
According to  Karen Elaine Gray, Senior Supply Management Specialist at LexisNexis,  there are many  benefits  to making ethical sourcing a focus of your  supply chain management program. Here are just a few:
Stay out of the courtroom and in the boardroom.
There are over  24.9 million individuals trapped in forced labor  globally  making slave labor and ethical sourcing an issue that has to be acknowledged. Verisk Maplecrost reported that global companies with supply chain operations in 115 countries were at either "high" or "extreme" risk of association with modern slavery. Companies with large procurement and sourcing departments aren’t safe. Reputable companies like ASOS, Marks & Spencer and Uniqlo have all been implicated in child labor and unsafe workplace scandals causing financial issues and impacting them negatively in the public eye.
Luckily, anti-slavery laws are growing in the United States (U.S.) and abroad. Ethical sourcing as a practice can keep your company in compliance with  these  laws  which  include:  California's Transparency in Supply Chains Act of 2010,  the UK Modern Slavery Act of 2015 and  the End Modern Slavery Initiative Act, which overwhelmingly passed the in Senate as part of the National  Defense Authorization  Act  of 2017.
Former President Obama furthered U.S. efforts by signing a bill ensuring the implementation of The Tariff Act of 1930. This act gave Customs and Border Protection the authority to seize shipments where unethical labor practices were suspected. Unfortunately, it had only been enforced 39 times altogether, the last instance being 2000. The lack of use was due to unfortunate language in the act that created a loophole in which imports were allowed regardless of how they were produced if there was not sufficient supply to meet domestic demand.
Your customers want ethically sourced products.
Making ethical sourcing practices a key part of your business strategy can make you more popular and attractive to your customers. According to Padmini Ranganathan a  few years ago, companies emphasized their commitment to ethical sourcing practices to differentiate themselves from the competition,  but today it is the expectation.
A 2014  study by Nielsen reported that 55 percent of global online consumers value brands that commit to and actively pursue positive social or environmental impact, so much so that they're willing to pay more for ethically sourced products.
According to Amy Fenton, the global leader of public development and sustainability at Nielsen, "Consumers around the world are saying loud and clear that a brand's social purpose is among the factors that influence purchase decisions." Price still matters, of course, but in a competitive marketplace, ethical sourcing could be a game-changer, particularly among millennial consumers.
Ethical sourcing can help with your talent acquisition and retention.
Talent quality, talent management and talent retention are  top priorities and pose challenges for companies. Talent is sparse especially in the field of technology, where there are far more positions than there are qualified candidates to fill them. Not only does ethical sourcing make businesses more attractive to their customers and clients, but it also makes you a more attractive employer.
A study conducted by the Society for Human Resources Management found that companies with corporate social responsibility programs enjoy  55 percent better employee morale,  43 percent more efficient business processes, 43 percent stronger public image  and  38 percent higher employee loyalty. These factors  translate to a financial bonus. Productivity climbs, employee turnover declines and the company saves money as a whole.
My own employer’s interest in ethical sourcing practices and the education of people in the sourcing world inspires me and allows me to feel good about where I work. It drives me to educate others by sharing my research when choosing what products to use in my professional and personal life.
The benefits of ethical sourcing will make you feel good about your company’s impact on the world but the additional benefits for your company’s well-being make it a no-brainer.
Tags:
Ethical Sourcing
Corporate Responsibility
Procurement
Talent Retention
Social Sustainability
Region:
Global 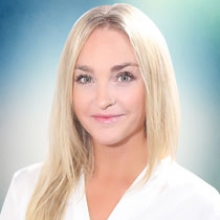 Hailey is the Content Manager for Future of Sourcing Digital and SIG. She is also SIG’s in-house yoga instructor for the Global Executive Summits. Hailey’s professional background includes sales, data analytics, social media marketing and customer relations.  Hailey holds a Bachelor’s Degree in Mass Communications and Dance from the University of Colorado at Boulder.