Libby Weber: The Importance of Framing Your Contracts 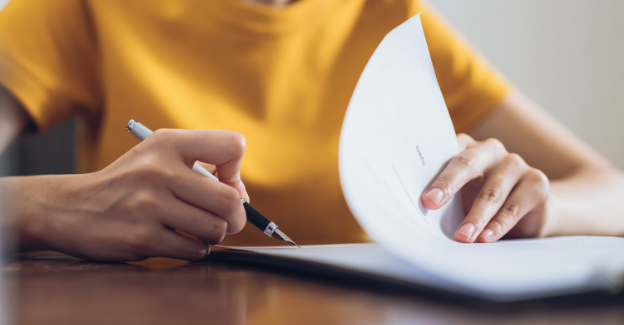 Libby Weber - Associate Professor of Strategy at The Paul Merage School of Business, University of California, Irvine - promotes a way of thinking about contracts beyond their traditional “preventive” role of avoiding risk, preventing breaches or opportunistic behavior. Her premise? Why not use contracts to promote cooperation, flexibility, and creativity? The idea?  “Frame” the contract using different words with a more positive nature with a “promotion-based” approach, while keeping the value of the contract the same. Weber combines a unique background in neuroscience and behavior with a management strategy to bring an interesting perspective to contracts. She calls this the “framing” of contracts.

Related news:
Why Standard Contract Terms Can be Bad for You

What is Contract Framing

In various papers and articles, Weber conveys that an identical contract can be written to fit into two basic baskets – preventive-based and promotion-based. When you write a contract, you can pick the perspective of how you frame the agreement. The conventional approach is preventive-based, with a focus on risk shifting and protectionism. But Weber’s research shows this negative framing is not fit-for-purposes – especially in more strategic contracts where the parties need to have a cooperative environment promoting innovation and value creation.

Here is why. According to Weber, contracts not only “protect against exchange hazards, but also function as relationship management tools.”  The trick is to get the balance right to engender long-term trust.

In a 2011 article in the Academy of Management Review, “Designing Effective Contracts: Exploring the Influence of Framing and Expectations.” Weber (and USC professor Kyle J. Mayer) directly address the concept of how contracts can build or prevent trust within the relationship. Their argument? Contracts can be used more flexibly as tools to impact both the transaction and the relationship trust between the partners positively.

Contract framing involves how the parties approach, view and implement the contract terms and the relationship. Is it transactional? Short-term? Based solely on costs? Performance-based? Risk-averse? Relational? In psychological terms, framing creates different views of the deal, while the economics stay the same.

Contract framing is an important aspect of laying the foundation for a future relationship. Weber points out, “the framing of duration safeguards provide an excellent setting in which to examine how psychology can inform transaction cost economics.”

Weber provided an excellent example of contract framing at a recent International Association for Commercial and Contract Management event hosted by Stanford Law School. In her speech, she said that you could frame a contract as preventive in nature by establishing a contract clause with a longer-term (e.g., two year) duration that can be terminated at an earlier stage (e.g., after one year). The contract prevents risk because you can easily get out of it and requires the other party to focus on avoiding negatives in the exchange.

Likewise, you can choose to frame the contract with a more positive promotion-based frame by changing the clause to include a one-year contract with the possibility of a one-year extension. The supplier is much more motivated to feel positively about the latter agreement because it views it is a soft commitment to a broader-based relationship with potential upside for them rather than having to prove themselves to keep the deal.

In her talk, Weber discussed findings from her 2019 article in the Academy of Management Journal, (with UCI professor Christopher W. Bauman), offering three hypotheses that favor the promotion-framing approach:

As Weber says, a promotion-framed contract is more likely to promote trust than a prevention-framed contract “by inducing creativity, flexibility, and collaboration and by generating fewer negative emotions that lead to an arms-length relationship.”

She posits that trust is likely to develop when people attribute positive actions to parties’ internal characteristics rather than to external sources, such as contractual safeguards. She adds that using a formal promotion contract leads to more successful transactions and relationships – especially for relationships where the parties are seeking a collaborative relationship to drive innovation and where trust is essential.

Weber closed the Stanford University talk with a challenge for lawyers to open their minds to shifting to more promotion-framed contracts.  She asserted that making the shift opens “new opportunities for firms to use contracts more effectively and not just as a legal hammer that results in distrust and negative expectations.”

My take? Weber and her co-authors are doing important work about the psychological impacts of contracts. Their work nicely complements our work at the University of Tennessee on relational contracting – especially Vested outsourcing agreements. After all, shouldn’t contracts be much more than hammers with legalistic safeguards?