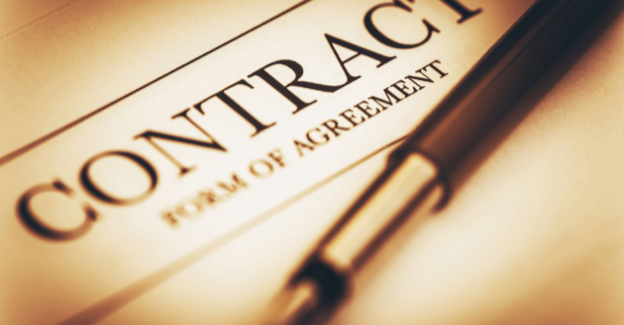 Julian Nyarko, assistant professor at Stanford Law School, has researched an interesting concept he calls contract “stickiness.” His findings? Once a contract’s terms or covenants is written into a contract it “only rarely” gets changed or improved – hence the concept that contract terms are sticky.

Nyarko’s research analyzing covenants in corporate and government bond agreements led to his 2019 paper, “Stickiness and Incomplete Contracts.” Nyarko argues that economic and legal theory assumes that “sophisticated” parties will routinely write agreements that optimize their joint expertise or “surplus.” But Nyarko’s research found that theoretical good practice does not make it into real practice. Rather, people tend to use the same clauses over and over again – even if they don’t make sense for a particular agreement.

Why? The stickiness comes from over-reliance on templates and whether a contract includes a forum selection clause driven by the template used in the first draft. Nyarko found there is a “distinct apathy” among transactional lawyers that perpetuates contractual gaps, and that “sticky” drafting practices characterize the most fundamental aspects of commercial transactions across a wide range of contexts.

Simply put: Organizations get lazy when they use contract templates.

Nyarko tested the stickiness hypothesis in several steps. He examined whether the law firm is a relevant actor in the decision whether or not to include a “choice-of-forum provision.” He investigated that question by considering the degree to which these clauses vary with external counsel, holding the parties to the agreement (and other observable characteristics) constant.

After establishing that the hiring decision of external counsel significantly influences whether or not parties have a choice-of-forum clause in their agreement, he studied the influence of the law firms’ template on the presence of choice-of-forum provisions. He did this by identifying the law firm that proposed the first agreement draft, as well as the template the draft is based on. He then considered whether or not law firms bargain over the presence or absence of forum selection clauses as found in the template.

Finally, Nyarko considered whether law firms can be induced to make changes to their drafting practice with respect to choice-of-forum provisions in response to external shocks that change the costs and benefits of including the clause.

Nyarko’s research supports what behavioral economist call the “status quo bias,” which means that people prefer things to stay the same by doing nothing or by sticking with a decision made previously. However, Nyarko’s article is significant because it is the first to provide comprehensive evidence for the stickiness hypothesis across multiple types of commercial agreements. It is also the first to demonstrate that even contractual gaps, rather than written clauses, can also be sticky.

His conclusion? “The stickiness of contractual gaps is the result of a heavy reliance on templates by external counsel during the drafting process, suggesting that default rules are more important than is traditionally assumed. A better understanding of how law firms form their preferences and how these preferences diverge from their clients’ can greatly increase the predictions generated from theories of contracting and guarantee that they remain practically relevant.”

Nyarko’s article illustrates the danger inherent in blindly adhering to old contract templates. It is also an impressive demonstration of the existence of contract stickiness. This is one reason why I am fan of relational contracting. Relational contracting allows the parties to sit down and challenge the status quo as they co-create what is right for their business relationship – not just taking the fast path to adopt contract clauses from a template.