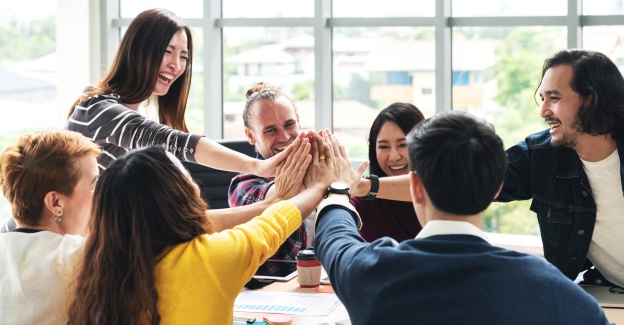 Having resilience is an important business skill—it allows us to bounce back quickly from situations that are tough, or even traumatic. We develop coping mechanisms and resilience over time by learning from experiences that may feel threatening until we face and overcome them. Just as the novice kayaker is intimidated by white water, over time he learns how to tackle rapids that once scared him.
Choosing to respond in a way that minimizes trauma is a function of our imagination. We have to conceive new possibilities. The skier fearful of hitting the tree in the middle of the slope has to imagine a route to the bottom of the slope that avoids the tree. If they continue to focus on the tree for fear of hitting it, then it is much more likely to happen. Do not underestimate the power of imagination. Pascual-Leone and colleagues (1995) showed that ‘thinking is movement confined to the brain.’ They did a study with three groups: the participants in group one were asked to think about doing five finger piano exercises; a second group of participants were actively doing five finger piano exercises; and a third group acted as a control who did nothing. There were almost identical changes in the brain between those who had imagined doing the piano exercises and those that did the piano exercises. The starting point for resilience then is thinking about how you would like things to be in order to begin to create the possibility. That means you need to think differently about the outcome.
Thinking differently is easier said than done, but some things make it a bit easier. My daughter tells me she knows if I am about to ‘lose the plot’ over something she has done because I remove my glasses and rub my eyes. Removing my glasses has become a simple trigger that reminds me that I need to respond differently if I want to prevent a falling out with my daughter, which I hate. If you are struggling to work out what you do when you are about to lose your cool, ask your partner. They will have no difficulty telling you exactly how you behave.
We can apply the same process to our teams. Think about each person on your team. How do you know when they are struggling to cope? What sort of things do they do? Work out an observable behaviour for each person. It might be rubbing their head, hiding down low behind their monitor, using their mouse somewhat violently or muttering to themselves (all examples given to me over the years). Use the cues you identify to step in and help them get things under control such that they are better able to cope with what’s happening. This might be as simple as telling them to take five and stretch their legs or inviting them to talk through their frustrations with you.
We can use imagination and the notion of control to help us through bigger issues as well. Imagine a situation in which a company releases information that 500 people might lose their jobs. Needless to say, there will be an understandable degree of fear and outrage by those affected. The threat of losing your livelihood is without doubt a traumatic event! Now consider a solution in which you are able to imagine all your concerns and then one by one think through ways to mitigate the risk associated with each concern. Taking an approach like this enables people to deal with fear by giving them back a sense of control over their own lives.
This very real situation was one we faced with a client…but it left the problem of motivation. Very few people felt motivated to work hard after such an experience. Why would you be motivated if you thought you were on the chopping block? We tackled this problem by asking people to imagine being in a job interview where they are asked to give an example of how they responded to a difficult situation. We had them imagine being able to tell the story of how, despite the mismanagement of the threat of redundancy, they had held their head high and delivered quality work right up until the end. We then asked them to think about how it would feel to be able to tell that story. In short, through the power of imagination, this group was able to develop resilience and gain control of a potentially traumatic event. Somewhat surprisingly, in a staff satisfaction survey that followed, the group that was at risk of redundancy scored more favorably than those whose jobs were more secure. Now THAT is a testament to the power of imagination.
Tags:
Leadership
Resilience
Talent Management
Talent Retention
Human Resources (HR)
Region:
Global 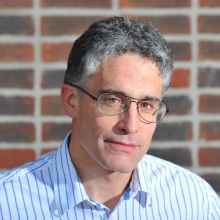 Dominic Irvine, is the founding partner of management and leadership consultancy, Epiphanies LLP. With his colleagues, Dominic has grown the practice from developing executives using coaching, to the design and facilitation of international conferences, culture change and leadership development for multinational blue chip companies across the globe. Dominic is also a record-breaking ultra-distance cyclist and in 2018 competed in the Tour Divide cycling challenge, a self-supported mountain bike race, which goes from the border of the USA and Mexico to Banff in Canada – a total of 2,750 miles.