How Supply Chains Should Adapt to the Trade War “Truce” 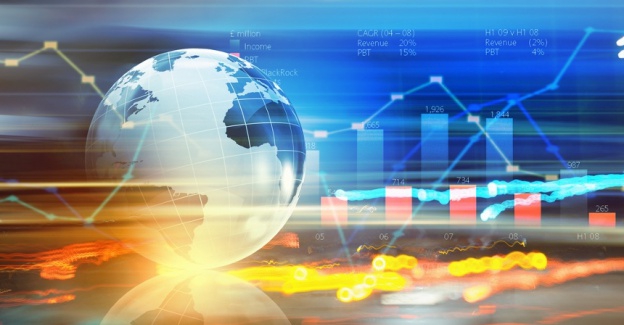 On December 1, leaders from China and the U.S. broke bread with their enemies and reached consensus to halt the mutual increase of further tariffs until March 1, 2019. As of now, the total U.S. tariffs applied exclusively to China is at $250 billion, and China answered back with $110 billion worth of tariffs on U.S. goods. The “truce” has prevented the January 1 deadline for most tariffs to increase from the current 10 percent to the established 25 percent.
This 90-day grace period is an opportunity for companies to reassess their procurement and strategic sourcing initiatives. Worried, many wonder how this truce will affect their American supply chains and what they can expect in the near future. Taking that into consideration, the truce itself will do little to stem the proactive strategies in place until a concrete solution can be agreed upon by both the Chinese and U.S. governments. However, companies can take advantage of the temporary cease fire.
On the supplier side, this pause has given a brief respite for the producers of raw materials and intermediate goods. Unfortunately for many companies and suppliers, the new tariffs imposed this year on imported steel and aluminum will remain at 25 percent. These two direct materials have widespread use throughout manufacturing and the truce has made no major changes to this market.
Therefore, this will not impact one of the more popular strategies, which would be to move production out of China to low-cost countries or the U.S. Most likely, low-tech products and low-value manufacturing will be the first to migrate to these countries, but high R&D costs and more competitive labor costs could delay other manufacturing categories such as pharmaceuticals, machinery and IT. These moves can take months or years to complete before production can resume at full capacity. If so, the grace period would be irrelevant in the grand scheme of things. For some American energy and agricultural products, China has resumed importation. This is the main area of immediate benefits in which some agricultural goods can ramp down their risk mitigation strategies and continue to use the Chinese market. However, one large agricultural good that will continue to be tariffed at 25 percent is the soybean industry. Similar to the steel and aluminum industry, this truce will have little to no consequences to the supply chains of soybean producers.
Likewise, the distribution network that is the lifeline of American supply chains will also be virtually unaffected by the grace period. Already, the trade war has shifted ocean freight away from China to such low-cost Asian countries as Vietnam, where shipments from ports there increased 165.4% in 2018. This development is likely not to change due to the lengthy lead time necessary to sufficiently maneuver in the logistics space. Much of the real estate endeavors in low-cost countries have already tied up capital and companies would be ill-advised to revert their distribution positions during this relatively short-term ceasefire. Nonetheless, during this period, companies can ramp up logistic efforts, such as faster shipment deliveries or more quantitative shipments that they would otherwise forego with the earlier established tariff rate increase.
In the case of retailers, even if the truce is in place, it will not have concrete measures to remove any of the underlying tariffs affecting retailers, especially for consumer-level goods. With the large scope of consumer products impacted by the tariffs, it is expected that retailers will accommodate soaring import costs by passing it on to consumers. But this grace period, coupled with the current holiday season, will not increase prices for some time for retailers and consumers alike. For consumers, the trade truce does not mean their purchases will become cheaper; it just means that their purchases will not necessarily get more expensive. Potentially, demand could increase as consumers, bolstered by the news of the grace period, take advantage of the current prices before the status quo is impacted by the end of the truce. Even if the Chinese government can find ways to boost the purchase of American goods, it cannot determine the behavior of American consumers. Consumers may be eager to buy Chinese goods if only to get hold of products before relations deteriorate and further actions disrupt their purchasing behaviors.
For most companies, the time scale of this truce will not line up perfectly with their long-term objectives, but it does allow room for further negotiations and changes to take place. Companies should remain diligent and allow for as much flexibility in their supply chain strategies to ensure that their decisions will not be on the wrong end of the table. American companies must consider recent surrounding events. On December 5, Canadian officials at America’s behest arrested Meng Wanzhou, the chief financial officer of Huawei, a Chinese manufacturer of telecom equipment. This act has negatively impacted the relationship between China and the U.S., possibly unraveling this ceasefire just like the second round of tariffs immediately cut short trade talks back in May. As the bread stales, the result of this truce period will have larger ramifications than the truce itself for companies, their supply chains and their strategies going forward.
Tags:
Supply Chain
Tariffs
Trade
Supplier Management
Manufacturing
Region:
Asia/Pacific 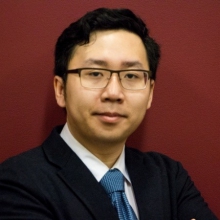 Michael Vu is a Strategic Sourcing Analyst at Source One, a Corcentric Company. A recent graduate of the University of Pennsylvania, he has a history of data management and statistical analysis on and off the research bench. He is a fresh talent in the Source One team, helping companies strategize their supply chain and logistics management practices. Proactive in consulting engagement, he has a proven record of engaging clients and suppliers alike in handling procurement and strategic sourcing.