How Quantum Computers Will Change Our World 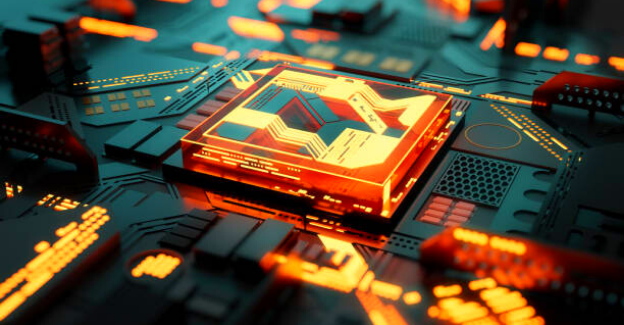 Related news:
Bring on the bots: Artificial intelligence to the rescue in the fight against COVID-19

There’s something that has been revolutionizing our world without us even noticing it. A technological device that promises to create a new way to encrypt information and process data. This technology is called quantum computing. This isn’t something easy to understand at first, but once we know the science behind it, we’ll be able to see the benefits this could bring to our society.

What is a Quantum Computer?

Hartmut Neven, the founder of the Google Quantum Lab, told the New York Times: “Digital computers use Boolean logic — the language of 0s and 1s. A quantum computer replaces Boolean logic with quantum law. As a result, we get a richer set of operations. That allows us to do certain tasks with fewer steps.”

These possibilities are why this new technology is on the radar of many powerful organizations. It not only has the power to make tasks faster, but it can also change the way the internet works. The development of quantum computers are in their early stages, but the tech already has the potential to revolutionize the future.

How Will It Affect Our World?

There are specific ways how quantum computers can change our lives, but the most important one is the ability they have to make complicated calculations in a short timeframe. This is something that can help us forecast possibilities in the future, such highly accurate climate predictions.

This sea of possibilities provides a vast number of benefits for society. But, here are some of the most significant ways that quantum computers can affect our lives.

Now you may be wondering: “How will this affect my daily life?” This ability of fast computing can help the pharmaceutical industry create better cures faster. The process of designing and analyzing molecules is the biggest challenge in the drug industry. Even supercomputers take a lot of time and effort to calculate and describe the quantum properties of a simple molecule. But, quantum computers can be better at this because they operate with the same quantum nature of the molecule it is trying to simulate. So, this could help us develop powerful treatments for patients with diseases currently incurable.

Forecasting Situations Faster than Ever

Quantum computing wouldn’t only work for medicine. Climate prediction and the stock market could benefit from this technology. Imagine what a quantum computer could do to calculate and analyze every single possibility in the stock market. This will reveal an accurate result in a short timeframe to help companies make better business decisions. The speed of quantum computing would be very helpful, especially in the data science and machine learning industries.

Banks and top cybersecurity companies are organizations that could benefit from quantum computing. The reason for this is because quantum uncertainty could be used to create unhackable private keys. Through this, people would be able to encrypt and decrypt messages from one location to another without the risk of being hacked. This kind of unbreakable encryption is something that will change our world forever. To decrypt these messages, hackers would have to break the quantum physics’ rules and this is something almost impossible due to the uncertainty of the quantum nature.

This technology is the closest discovery we have to teleportation. Quantum particles are entangled, which means that if you change one, another will correspondingly change. With a quantum-powered internet, a user can share a pair of particles to send a quantum message. This connection is so secure that the message can’t be copied or traced. In fact, according to Wired Magazine, if someone tries to intercept the message, it gets destroyed before anyone has a chance to access it.

Quantum-powered internet is not here to replace the current internet; it’ll be used with different devices. However, the major challenge would be how to distribute these particles among every user on the planet.

Who is Currently Building These Devices?

Just like the first computers were available for everybody, many companies are trying to be pioneers in this innovation. We’re not saying that quantum computers will be something we’ll use on a regular basis, they’ll be most likely in the hands of companies that work on a bigger scale for us, like drug development companies, banks, and cybersecurity companies. But, corporations like IBM, Microsoft, and Google are developing the first functional quantum computer. 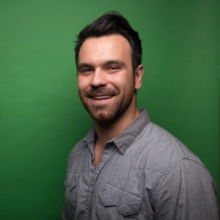 Artur Meyster is the CTO of Career Karma (YC W19), an online marketplace that matches career switchers with coding bootcamps. He is also the host of the Breaking Into Startups podcast, which features people with non-traditional backgrounds who broke into tech.