The Board of Directors for McKeesport Area School District had a problem. The main high school building was completed in 1961 without air conditioning (AC), and every contractor and company was submitting bids to install it that the district couldn’t accept. The space wasn’t designed with an AC system in mind, and construction issues from roof plenums to piping kept the price tag too high. Students and teachers labored to learn with non-optimal temperature and airflow, while the cost to remedy it remained, literally, through the roof.

The answer, in the end, wasn’t bringing down the price. Those contractors and companies weren’t exaggerating – the older but beloved building’s design challenges demanded extensive work. The real roadblock was how to pay for what McKeesport’s high school needed, while making sure funds for other schools, and other students across the community, weren’t unfairly impinged.

As financial stewards of their community resources, the school board decided to focus on a solution with a guaranteed outcome. They wanted a firm, fixed price without change orders.

That guarantee became possible with an energy performance contract. And the financial structure of an energy project brought something else to the table they needed: funding.

Not Your Standard Energy Project

Energy savings performance contracts usually pay for upgrades with guaranteed savings, freeing much-needed funds trapped in energy and operational spending to fuel improvements. Many measures contribute to that savings, with HVAC and lighting efficiency often leading the list. McKeesport High School, however, didn’t have an air conditioning system to replace, so that facility’s energy budget wasn’t bloated by inefficient AC. That savings would have to come from somewhere else.

What McKeesport did have was more schools and learning environments in need of updates. At first glance, what looked like a list of additional costs in the eyes of an energy project engineer was a list of opportunities to create savings. To make up for the energy spend added by the new AC, an energy performance contract could generate savings across the district with improvements in multiple facilities.

That also broke down another key roadblock to previous solutions, because bids to fix the high school’s ventilation problem were always just an expense focused solely on the high school. An energy project that delivered infrastructure upgrades to every school would mean improvements and benefits for all the students across the community.

When More Is More

Making the project bigger than one AC system opened the door to addressing other student needs. The funding solution for McKeesport’s energy project expanded to improve ventilation quality and efficiency in multiple schools, but didn’t stop there. There were other priority projects that hadn’t been able to fit in their recent capital plans. McKeesport asked its energy project partner to help the district also achieve improvements to school labs and athletic facilities.

In total, $7.8 million in energy and operating cost savings were identified to allow McKeesport the power to put that bigger slate of improvements in place. McKeesport was able to renovate four science labs, including gas valves, sinks and work surfaces and critical safety equipment: fume hoods and eyewash stations.

Stadium facilities were repaired and weatherproofed. Locker rooms for the high school and McKeesport Stadium were renovated, with upgrades and repairs to flooring, plumbing and lockers. The project was able to fund a new track surface, which restored the district’s eligibility to host WPIAL (Western Pennsylvania Interscholastic Athletic League) events. Additionally, window and wall damage repairs at Founders Hall Middle School helped to seal the building envelope for that facility, a positive impact on HVAC energy use, and an existing geothermal system at Twin Rivers Elementary was upgraded with a new control system, putting a previous sustainability project back in the win column.

The energy conservation measures for educational and athletic spaces included retrofitting and replacing lighting with efficient LED technology and upgrading building automation systems at every MASD school. Boiler plant controls were upgraded and domestic water heaters were replaced. HVAC systems were replaced or upgraded. Building automation systems were integrated into a web of new controllers and sensors, all tied into a web-based management system the district’s facility leaders can use to monitor the system closely and drive more efficiency.

Water conservation and electrical safety measures also made contributions. A rainwater harvesting system was repaired at Twin Rivers Elementary, and oversized transformers were replaced for more energy-efficient power distribution systems in three of the four schools. A new pool heater was installed, rated for 98% thermal efficiency. The measures and specific equipment engineered for each space were different, but each energy-efficient HVAC or lighting upgrade contributed to the cost savings and learning space improvements.

McKeesport Area High School received the modifications it needed to house a new air-conditioning system. The required on-site construction and piping was completed, and the air conditioning equipment, ducts and controls were installed, all as part of project that helped them address their funding needs.

The Board of Directors had a solution to their cooling and ventilation problem, and with it, they’d achieved additional improvements to school facilities that had been waiting in the wings. With an energy project moving a years-old issue to the win column, without adding new fiscal burdens to their community, McKeesport Area School District leaders had saved future energy and capital for moving forward. 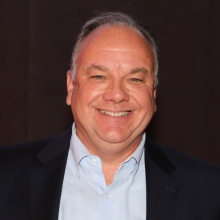 Joel Lowery is Vice President of Sales with ABM Industries. He has 30 years of experience helping local governments and their leadership to provide funding for many of their challenges by implementing innovative solutions through ABM’s energy performance contracting program. For more information, contact Joel at Joel.Lowery@ABM.com.