Digital Challenges Around the Water Cooler: 5 Predictions for 2020 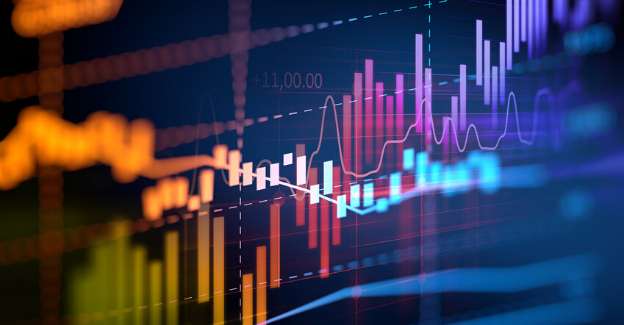 At the end of a dramatic year for technology providers big and small, Richard Grove from digital consultancy Caution Your Blast considers five issues, opportunities and developments that will dominate the start of this decade.

I believe the way we value data is going to change rapidly in 2020. Until very recently, “data” was generically viewed as a good thing for the modern business; grist to the mill of customer insight and business strategy. Accordingly, many companies’ approach to gathering data was to cast the widest net possible, with a shotgun approach to analysis.

New regulations like GDPR have shown this can’t continue. Data is no longer an unlimited source of useful insight. It’s expensive to handle, and if handled incorrectly (or at least, non-compliantly), data can be a toxic burden for a company, which opens it up to penalties like fines.

What will organizations do with all the data they hold? Firstly, understanding their services is critical — what is the minimum data they need to continually improve what they do? On top of that, they’ll check that they’re only keeping data they need to and not holding anything which breaks the rules.

Then there’ll be a wave of companies dumping data that serves no purpose. Unused data is just a cost, so the role of the data scientist will become more refined and central to the running of a successful business, as they’re entrusted to generate ever more useful insights from a shrinking amount of raw material. That said, although data scientists will be working with a smaller amount of stored data, it will, by its very nature, be more relevant data. So, their work may even become a little easier!

2. The End of the Road for Contractors?

Tech talent is plentiful. We may see a tipping point in 2020 whereby specialist contractors can no longer dictate terms in an increasingly competitive market. The days of contractors on highly favorable terms becoming embedded into teams for five to 10 years are surely coming to a close.

We should also factor in recent changes to taxation for contractors. In the U.K., post-April 2020, private-sector employers will be held responsible for determining whether IR35 legislation from HMRC applies to any contractor they hire — which would require them to treat the contractor as an employee for tax purposes.

This news has gone down like the proverbial lead balloon. Computer Weekly went so far as to raise the alarm that, “thousands of IT contractors are at risk of financial ruin as HMRC pursues them for tax it claims they owe on work they did up to two decades ago.''

What does this mean for businesses? It’s surely a big shake up in how they manage their workforce from a regulatory and administrative point of view. But for business to take advantage, they must shake up how they find, recruit and retain the talent which may become available.

For small- and medium-sized firms in the UK, everyone’s talking about AI, but no one is doing it (and if they are, they’re doing it badly). So, I’m not going to predict that we see a sweeping completion of the “digital 2.0” revolution people have been touting for years. Instead, and perhaps a little more modestly, I’m going to say that most, if not all, companies will (or at least, should) finally deliver on their digital 1.0 projects!

That is, ready themselves for more complex technological innovation by learning to walk before they run. As anyone who has been through the process of “introducing AI” to their business without having the relevant infrastructure in place first will know, you tend to accelerate the process of making errors instead of fixing them.

The cost-saving potential of AI will prove too tempting for businesses to ignore. But beware. If you don’t understand your users or services and lack a flexible infrastructure to integrate improvements, get ready for an uphill battle. There will be ever increasing cautionary tales out there from implementations gone wrong. That’s why 2020 will be the year of preparation, not execution.

Companies, suppliers and customers are more closely intertwined than ever before. Something that affects one has strong potential to impact the other. In this era of mis- and disinformation, big brands need to win the fight for truth.

I think we’ll see dedicated teams created by companies to ensure that the reputation of their brand doesn’t suffer by being associated with the misuse of information, not only in the company itself, but also all along the supply chain.

For decades, the price of tech has been dropping rapidly, and today you can access software for perhaps just 1% of the price 10 years ago. The days of companies shelling out millions on a 10-year contract with one of the big traditional providers are numbered, not to say gone.

One of the biggest drivers behind this has been the rise of open-source software solutions. Hopefully this battle has been won, certainly in the tech circles as more and more companies are based on community-led, value-for-money services.

For those who haven’t made this change yet, the shift I’d like to see coming in 2020 is one whereby more and more organizations start to access benefits, and for those who currently do, to increase their contributions back to the wider community. 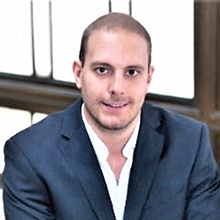 Richard Grove is an experienced digital leader with extensive expertise in Govtech, Edtech & Fintech. He is a director with digital consultancy ‘Caution Your Blast.’