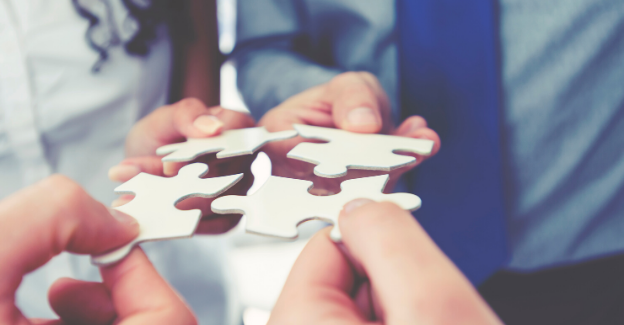 Imagine a scenario where a zealous sourcing manager at a Fortune 100 company is in negotiations with a new middle-market regional landscaping services provider. The negotiation is for a seven-figure annual landscaping and maintenance contract at their regional corporate park.

The sourcing manager approaches the deal with the same fervor as she does with suppliers that are 100x larger. As such, during her negotiation with the neophyte landscaping company owner, she is able to negotiate low rates, a 2NET30 discount, rigid KPI/SLA shortfall penalties, buyer side termination for convenience only, a one-sided indemnification clause and a mandate that the landscape company buy additional insurance above their $1 million aggregated cap.

Is the above landscaping deal a win for the sourcing manager? Does she really understand the long-term ramifications?

Let us dig deeper into the landscape of the deal. By negotiating so aggressively, the sourcing manager did not consider building a relationship with the supplier. In this circumstance, the additional costs and the punitive, one-sided nature of the agreement will erode a supplier’s commitment to compliance and hinder future negotiations. The sourcing manager has made the agreement hard to manage and placed an additional cost on the supplier.

At face value, arrangements such as these may appear to be wins for a company, but a one-sided deal puts an organization at risk of losing critical suppliers and strategic partners. Suppliers are unlikely to renew an agreement that is written as paternalistic, one-sided, micro-managed, and filled with additional traps and costs. Building a relationship is the ultimate long-term win for a company.

Question: How can you, the sourcing professional, build long-term business relationships that benefit all parties?

Answer: Mutually incentivize performance. It’s important to hold yourself to the same standards to which you hold your suppliers and democratize your agreement.

Begin with small concessions. Together, they will have the cumulative effect of mutualizing the agreement at hand. Do you want a 2NET30 discount? Concede a 1% late fee after 90 days and an attempt at escalation. Are you interested in full indemnification? Offer mutual indemnification. Do you desire SLA penalties? Offer stretch goals with a nominal performance incentive if they exceed your expectations. Are you interested in immediate remedies for service/product/quality/delivery problems? Write your terms so that the supplier is at the table partnering with you toward a solution. Suppliers who read “partnership” in the ink of the agreement are much more likely to be loyal partners.

A “partnership” may seem like an obvious, “You catch more flies with honey than vinegar” approach, but one can get blinded when trying to win a negotiation. We are often so protracted and separated from the agreement’s implementation, we can forget a friendly agreement leads to friendlier suppliers who are interested in partnering with us toward success.

The cadence requirements are generally followed for the first two or three quarters of an agreement, and then it invariably falls by the wayside. The requirement further atrophies and emerges only when the QBR becomes a punitive measure needed in times of disagreement or poor contract compliance. It is often used as a scare tactic to rattle a supplier back into compliance or to tell a customer they are not holding up their side of the agreement.

When the quarterly cadence requirement devolves into a punitive measure, one is no longer managing the agreement, the relationship or the supplier. Invariably, suppliers who are called to a QBR for perceived performance issues will bring data to defend their side of the aisle. An impasse will likely follow.

How does one avoid an impasse? One should hold up his/her side of the QBR bargain and meet quarterly. Before the QBR sitting is over, have the next one scheduled. Alternate the locale so as not to always meet on the company’s home turf. Believe it or not, “I’ll come to you,” in a QBR can go a long way to disarm a situation and make a supplier feel like a partner.

Similarly, it is necessary to have an agenda that focuses on wins, shortcomings and reviews. It should cover not only the supplier’s performance but also the performance of the buying organization and stakeholders. Reviewing your own performance during a QBR can be an effective way to make those hard-to-have conversations palatable and prevent the meeting from feeling like a gripe-fest.

What is the effect? It can disarm your suppliers and bring them into the fold as a partner.

When you demonstrate that you have an ongoing interest in maintaining an agreement and a relationship, you may find your suppliers are eager to do the same.

When I made the effort to meet frequently as sourcing counsel, I discovered that I formed better relationships, my stakeholders were happier, contract compliance was higher (and most of the time exceeded) and suppliers were more likely to reach out to help when I called them with a question or concern.

Setting clear rules of engagement helps avoid miscommunications that can stymie a relationship. This may seem like painfully obvious advice, but I cannot tell you how many problems in my career could have been avoided if there were fewer ambiguities in the agreements. For example, if you have a New Product Request workflow, be clear with a supplier that they cannot offer your stakeholder items not currently under contract. Does your accounts payable department have rigid guidelines about invoice coding and submission? Tell your supplier. If you have an expectation, communicate it. This will set clear parameters at the outset and reduce friction.

I endorse creating a “New Vendor Packet” that offers suppliers information on the who, what, where, when, why and how to do business with your organization. I also recommend that buying organizations stipulate Points of Contact for common roles like end-user, contract champion, sourcing manager, accounts payable and other roles.

The importance of building and maintaining sourcing relationships cannot be underestimated. Supplier turnover hurts your organization as much as employee and customer turnover. Having strategic partnerships is critical because it helps you control the cost, quality and outcomes of your business processes.

Building and managing positive and mutually beneficial supplier relationships is a vital part of what you, the sourcing executive, can do to ensure operational wheels are greased and stakeholders/operational partners are happy. What's more, you can drastically reduce the number of RFPs you have to write and release if you know your supplier partners are effective, consistent and aligned with your organization for the long term. 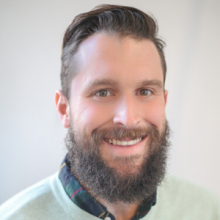 Christian is a healthcare consultant for SHC Pacific LLC, a boutique healthcare consulting firm located in Newport Beach, California. He has spent his career in a variety of healthcare roles from coast-to-coast including risk management, legal affairs, and supply chain. He has strategically sourced over $500m in healthcare agreements and saved IDN clients $50m+ throughout his career. Similarly he has led digital transformation initatives in the supply chain, HR, finance, and sourcing spaces for large IDN clients. When not in the office, he can generally be found running amok in the National Parks and Forests of the Southwest with his family.

Uncover New Opportunities from a Return on Experience
01/15/2021