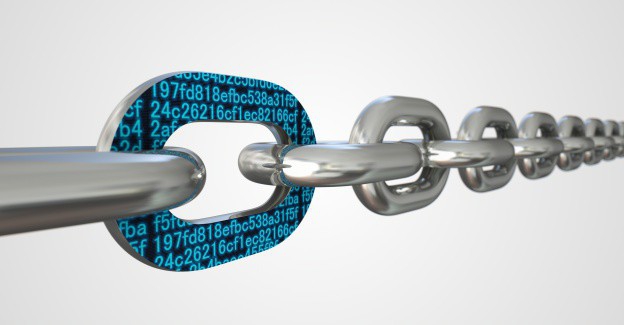 Blockchain…it is quite possibly one of the most discussed topics but least understood terms on the Internet today. It seems to have heated up overnight but in fact it has been percolating since 2008.

Essentially, blockchain eliminates the need for a middleman to make a transaction. Right now, for example, if you are planning a safari and the tour company asks you to use PayPal to cover the costs, PayPal has to access that money by transacting with your bank. The process can take days (and sometimes weeks) as it has to clear your bank before being sent to their bank and made available to spend. Blockchain takes the bank(s) out of the equation and allows you to transact directly with the tour company using digital, aka cryptocurrencies.

The most commonly-known company using blockchain technology is Bitcoin, who simplifies it as being able to “send or receive any amount of money with anyone else, anywhere on the planet, conveniently and without restriction.” The concept of blockchain is being widely touted as the next holy grail with banks and technology companies trying to figure out all the uses for it, and innovators like Mark Andreessen and Richard Branson singing its praises.

Ok…so how does it work? Blockchain records and confirms transactions anonymously in a digital ledger that is accessible by a decentralized and distributed network who then have to validate those transactions. (Worth noting, once a transaction is recorded, it cannot be altered or it is immediately spotted as fake, explained a bit more below.)

Using Bitcoin as an example, each person has a wallet (think bank account), which basically gives them the ability to exchange value (think cash) over the Internet without requiring a middleman (think bank) to do so. In order to use their wallet, they need a private key. This is sort of like the name on the account but it is encrypted in a series of seemingly random letters and numbers.

If you owe someone money for a group gift, for example, you could pay them easily if you know their key, which you can get either by scanning a QR code or by email from the person you have to pay. Once you connect the two keys, a transaction is recorded that then has to be validated by “miners.” According to Deloitte, these miners “donate their computer power in exchange for the chance to gain additional bitcoins using a shared database and distributed processing.” In other words, they help validate that you have enough value in your wallet to pay your portion of the group gift.

Now here is the technical part…all the transactions that occur at the same time are grouped into a block that is added to other blocks to form a blockchain. Each block is time stamped with a unique number, which is put out on the network for the miners to verify. How? Miners use special software with complex mathematical formulas to turn the block into a smaller more random series of letters and numbers referred to as a “hash.” The hash from the previously recorded block is also required to create the next block’s hash. It sounds complicated, but in essence it provides a layer of security much like a wax seal of ancient times that prohibits tampering as it is obvious if it has occurred. Miners are competing with one another to “seal” the block first, because if they do so, they get additional value in the form of bitcoins. This Deloitte graphic (see pages four and five) provides a simple example of how it works.

Bitcoin was created in 2008 as an experiment to see if there was a viable digital alternative to using cash as the primary currency. Over the past nine years, the concept has grown exponentially with many alternatives to Bitcoin cropping up. Ethereum is one of those technologies. Ethereum is an open-source, crowdfunded technology that allows developers to create their own applications or smart contracts that execute once a series of criteria have been met.

When considered in the context of the sourcing, outsourcing and supply chain functions, the possibilities are endless. For example, blockchain technologies can be used to track products in the same way that it is being used to track currency today. By attaching the goods to digital tokens, the transfer of those goods will be more transparent from production to shipping to delivery as the title passes from company to company. This Harvard Business Review article by Michael J. Casey and Pindar Wong sums up some of the benefits by stating, “This could give businesses far greater flexibility to find markets and price risk, by capturing the value that they have invested in the process at any point along the chain. What we end up with are dynamic demand chains in place of rigid supply chains, resulting in more efficient resource use for all.” When used in conjunction with smart contract applications created by companies like Ethereum, the system will become even more robust as it enables faster delivery through the supply chain, provides more transparency in tracking and enforcing service level agreements and accumulates more intelligence in the process.

The benefits go even further when you incorporate the human element into the equation. Using blockchain, approved vendors could each be given encrypted permissions to perform tasks along the supply chain, enabling manufacturers real-time insight into whether or not proper procedures are being followed. The beauty of blockchain is that it is infinitely scalable with the ability to add players seamlessly without sacrificing data consistency. In a recent article, Oliver Wyman provides a three-step approach for successfully integrating blockchain into supply chains:

1.              Set up a company-internal blockchain, giving the company more comfort using the technology while also ensuring data availability and consistency

2.              Extend the blockchain to direct suppliers and third-party logistics providers, enabling the exchange of data

Needless to say, it’s not quite that simple, but as supply chains become more global, the use of blockchain technologies can take some of the inherent transparency issues and complexity out of the process.

Blockchain technologies have created infinite possibilities and are connecting us with parts of the world that have never before been easily reached. So buckle up…blockchain is a disruptive technology that will impact us ubiquitously. It’s not a matter of if; it’s a matter of when.

For more on blockchain:
Blockchain – Enigma. Paradox. Opportunity
WTF is the Blockchain? A Guide for Total Beginners
How Bitcoin Mining Works
Global Supply Chains Are About to Get Better, Thanks to Blockchain
Blockchain: The Backbone of Digital Supply Chains 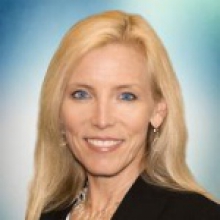 Sarah Holliman is the Chief Marketing Officer at SIG and has more than 20 years of experience in the sourcing industry. Prior to joining SIG’s leadership team, Sarah was with A.T. Kearney, leading the marketing efforts for the A.T. Kearney Procurement & Analytic Solutions unit. She also spent five years at A.T. Kearney consulting primarily to financial services companies on topics that ranged from strategic planning to procurement cost reduction to back-office operations. Before joining A.T. Kearney, Sarah was in business development at one of the largest commercial banks in the country.

Sarah has held numerous leadership positions on non-profit boards promoting children, women and educational issues, and has specific expertise in membership development, fundraising and strategic development. Sarah has a BA from Furman University and an MBA from the Anderson School at UCLA.