Will apps or chatbots determine the supply chain's future? 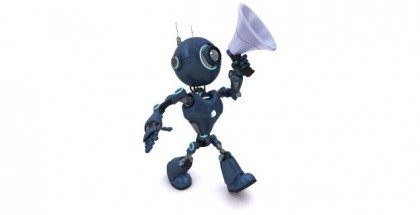 Over in Silicon Valley, the latest battle for technological dominance is on. On the one hand, you have apps. Apps have been with us for nearly ten years, but 2016 marked the first year that mobile internet use overtook desktop internet use. This trend, which shows no sign of slowing down, puts apps on the front page of the internet — so to speak.

On the other hand, you have chatbots. These unmanned algorithms are able to respond to speech — whether that’s through talking or texting — and deliver a personalised service to users. The KLM airlines chatbot, for example, is an extremely intelligent algorithm which can offer input on the best deals, search for flights, book flights and amend bookings. In essence, it’s like talking to a person — except people need to sleep and be paid a wage.

Chatbot developers have claimed that their new technology will “completely kill websites and mobile apps” by citing its immense power and potential. App developers, like myself, are somewhat skeptical. Still, what will all this mean for the supply chain?

To answer that question, it’s worth looking at what Amazon — the king of the internet supply chain — is doing. While the KLM airlines chatbot is just a feature of the Facebook Messenger app which only allows you to use KLM services, Amazon Echo is a freestanding chatbot; a piece of hardware (rather than just app software) which can do pretty much anything you ask. Say “Alexa, play Bruce Springsteen” and Alexa will play you some Bruce Springsteen. Say “Alexa, turn down the heating” and Alexa will turn down the heating. Say “Alexa, order me a pizza” and… You get the picture.

Chatbots are the future… and the past

If it sounds like we’ve been before, that’s because we have. Smarterchild and Siri are both chatbots of sorts. However, the new breed of chatbot developers would argue that things are different now. They do have a point. These new chatbots are definitely much more advanced. They also mark the first time that companies have properly invested in chatbots as an economically viable way of allowing people to shop.

But while the Amazon Echo shows us how far chatbots have come, it also shows us how far chatbots have to go. When a child was able to accidentally order a dollhouse on an Amazon Echo, a news report about it caused all the Amazon Echo devices in earshot to order plenty more unwanted dollhouses. As much as chatbot developers would love to laugh it off, this is a problem. The voice recognition software is going to require a lot more finesse before the technology is seen less like a gadget and more like the future.

A different chatbot for each different supply chain

If chatbots do work out their bugs and do catch on, the supply chain will need to react fast. Once chatbots like Amazon Echo teach people that it’s normal to order goods via a chatbot, other big businesses will quickly catch on. Should this happen — the way it looks now — they’ll have three choices.

They could develop a chatbot for Facebook Messenger, which would give Facebook immense control over the supply chain. They could connect themselves with Amazon Echo, which would give Amazon immense control over the supply chain. Or, they could develop their own chatbot app or hardware for users to order from. This would loosen Amazon and Facebook’s grip on the future of the eCommerce supply chain. One thing’s for certain, though: once enough big businesses do this, small businesses will need to do the same.

All of this means faster delivery. Receiving something in 10 to 15 days will not do for a generation of shoppers raised on chatbots; a generation who are used to opening up their phones and being able to order something online — a taxi, a local heating engineer, football boots, Pad Thai — in an instant.

We’re already seeing the effects of this. According to data from Business Insider, up to 40% of customers say they’re willing to abandon shopping if they can’t get same-day delivery. That data was collected in 2013 and consumer desire for fast delivery sure as heck hasn’t slowed down since then.

Big businesses have long been figuring out how supply chains can deliver this desired speed, but unmanned drones seems to be their only answer. The technology is there — and Amazon has shown that drones could theoretically deliver products in minutes — but the law still doesn’t allow for unmanned drone usage. Amazon could do what some other high-profile firms do and just break the law, but this doesn’t do much apart from generate publicity and fines.

Still, however businesses manage it, the future supply chain will need to be faster and more personalised. Chatbots allow for personalisation by turning the mobile shopping experience into a chat with your buddy.

But this personalisation also means choice — and choice is why I don’t think chatbots will “completely kill websites and mobile apps”. It’s true that every big supply chain may need a chatbot, but they’ll also need an app and a mobile website. Not every customer wants to have to talk to their phone in order to shop. If they did, we wouldn’t need websites in the first place. Instead, we’d just have thousands upon thousands of call centres.

Some people do like to order products by phone, though, and the chatbot will mean being able to do this at any time of day. Yet, the future will also contain apps for those who prefer tapping and mobile-friendly websites for those who prefer browsing. If we zoom out from the chatbot vs. app debate, we see a more general trend: a series of super fast and super personal supply chains where taxis, local heating engineers, football boots, and — yes — Pad Thai are all just minutes away. 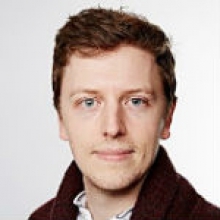 Chris Shepherd is an app developer and the co-founder of Fixington. Through Fixington, Chris is able to offer tradesmen an app which they can use to organise their work and a website which allows customers to book tradesmen online in a matter of minutes.