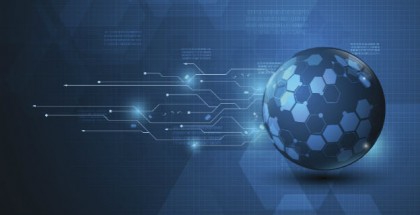 Over the past two decades, networking has been severely limited: it simply could not keep up with new demands from businesses in an increasingly digital world. However, that is all about to change thanks to the creation of software-defined networking, or SDN. Part of an ongoing wave of “virtualisation” in the IT industry, SDN allows people (particularly businesses with large IT systems) to control network behaviour through a handy piece of software, instead of having to go into the network infrastructure and alter things manually. Networks are getting smarter, and as a result, they can be controlled from a central point, instead of having to connect each device individually. There are two main ways that SDN can be implemented: OpenFlow*, which is an open-standard interface that lets administrators directly access switch forwarding tables, and an overlay network, which is made up of components added to an existing network.

This is great news for businesses, since it means they will no longer have to shell out for on-site services that can now be easily carried out remotely. Networking costs can quickly add up, and account for around 10-15% of most companies’ IT costs. However, by making use of SDN, which is far less time-consuming than manual access, it’s possible to cut that figure in half - a tempting prospect for any business. As a result, it is reasonable to assume than many businesses will want software-defined networking services included in their as-a-service platform.

This additional feature is just one reason why we will see even more of a trend towards SDN in the outsourcing industry. It is mainly IT outsourcers who have made the most use of SDN so far, and it also has multiple benefits for them, too. These include making their operations more efficient, cutting operational costs, and providing a more competitive service.

It’s not just the savings that SDN offers, though. As well as increasing efficiency, SDN also allows network services to be made much more flexible. Whatever the client needs, IT outsourcers will be able to provide with minimal fuss. What’s more, these services can then be adapted in real-time in response to changing needs and circumstances. That’s because SDN incorporates multiple capabilities, from network design and functions to service platforms and data centers. In short, it takes all the best features from a number of different areas, and puts them to use in a whole new way.

By far the biggest benefit of SDN is that it increases network operators’ agility. This means they are both more efficient at what they do, and also that they have increased control over network infrastructure. Thanks to this, they can offer better value to their customers, and thereby draw in new clients. There is certainly a large market out there: according to some estimates, the international SDN market for enterprises and cloud service providers could reach a total value of $8 billion by the end of next year.

However, it’s important to note that SDN architectures are still at a relatively early stage in their developmen - and there will need to be some significant improvements before they are suitable for use with carrier networks. For instance, multiple apps can’t currently coexist on one server, a big drawback when it comes to operating several devices at once. Not all of the necessary components for a truly powerful SDN solution are currently on the market, meaning it will take several years before SDN’s full potential can be realised, and networks need to be optimised to see the best results.

Vendors have also failed to really sell to end-users why SDN is such a useful solution. This means that many business owners are confused, and don’t know what distinguished SDN from other similar options out there. VMware's Steve Mullaney was quoted as saying, "I’m not really sure what SDN means because it means so many things to so many people. I think of it in terms of the small 's', small 'd', small 'n' meaning. … It's a philosophy, not a thing." Until this issue is resolved, it seems like businesses will be slow to adopt SDN - which could work in its favour, as this means more time to iron out the current limitations that it faces.

For anyone involved in IT outsourcing, then, SDN is a valuable tool to have their belt. By offering customers more bang for their buck, SDN looks set to become the industry standard - and IT providers should therefore consider making it a core part of their service before someone else comes in and fills the gap in the market before them. 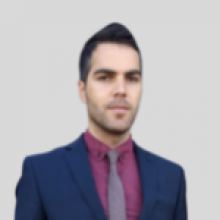 Fatmir Hyseni is Marketing & Business Development Manager for Kosbit – a leading IT outsourcing company in SE Europe. As an award-winning Chartered Marketer, Fatmir is passionate about driving outsourcing industry through thought-leadership marketing. He is also a regular contributor to a few outsourcing publications. Previously, he was Marketing Associate at the Economist.com.