The 'mid-market reality check': what are the real procurement priorities for UK medium-sized businesses in 2017? 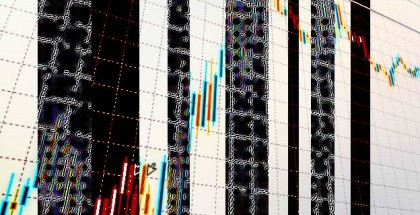 There always seems to be plenty of commentary around what’s driving innovation and growth in both large enterprises and startups. By comparison, the mid-market seems slightly neglected; this seems an oversight given the crucial role it plays in the UK economy. Although this market segment represents just 1% of UK firms, medium-sized businesses are increasing revenues by an average of 6.7% each year and the mid-market is expected to boost the economy by 18% over the next five years.

We increasingly hear how the next platform shift will see the workplace disrupted by emerging technologies such as the Internet of Things (IoT), virtual and augmented reality. Whilst this is exciting, it sits out of kilter with the challenges that IT leaders are facing right now, and what the consequent procurement priorities are. We recently commissioned a piece of research to distinguish what motivates the technology purchasing decisions of senior IT decision-makers in this market segment.

A sensible place to start was to ascertain how far ahead procurement strategies extend. What surprised us was that only 39% of mid-market IT decision-makers have a road map of over two years in place, with nearly a quarter (22%) planning just 12 months or less in advance.

As such, it wasn’t surprising to see that emerging technologies such as automation, VR and AR are bottom of procurement priorities list. At present, it would appear mid-market IT leads are not focused on piloting these types of technologies, rather waiting to see how other organisations implement them to drive value. While expertise in these highly specialist areas will no doubt command a premium, it is still probably too much of a niche concern for most outsourcing providers.

At the other end of the rankings, cloud computing, big data and analytics, and security were viewed as being the three IT trends to have the greatest impact on both the longer-term direction of planning, as well as being the three top technologies ear-marked for spend over the next two years.

Some 65% viewed security as being the greatest priority for the next one-two years, and over half (52%) also identified it as being the greatest challenge for the year ahead. This likely reflects the need for businesses to prepare for the impending EU General Data Protection Regulation (GDPR), which comes into force in the UK next year. The stringent penal ties outlined for compliance failures means no business can afford to take a cavalier attitude to the new rules. Consultants offering the know-how to prepare systems and put processes in place in the run-up to the introduction of GDPR will continue to be in great demand over the course of this year.

A knock-on effect of the data control requirements of statutes such as GDPR will likely be that more mid-market firms to turn to cloud technologies to better manage and control data resources. To date, around three quarters (74%) of medium-sized businesses have already invested in cloud and 93% expect to migrate at least some services to the cloud by the end of this year.

However, 37% of the IT decision-makers surveyed also regard cloud migration as being the second biggest IT challenge for 2017 and, again, this offers significant opportunities to outsourcing partners. For those mid-market firms intending to invest in cloud, the key drivers were viewed equally as flexible storage and managed software updates (both at 33%), as well as the physical security of data (27%). The latter may again be influenced by the upcoming GDPR protocols.

Security was raised as the top cloud-related challenge both by those who have invested already and by those intending to do so. This is understandable given there are still numerous scare stories around cloud security, particularly in relation to public cloud. However, education remains key - cloud allows businesses of all sizes to experiment with new technologies while gaining a greater access to computing power than ever before. The mid-market will generally require significant guidance from third-party experts to take advantage of all the cloud has to offer.

As mid-sized organisations move further up the cloud maturity model, deploying cloud analytics capabilities will be likely become a greater priority. While there is certainly a growing awareness of the value of big data and analytics amongst mid-market decision-makers, it is still early days for realising the long-term business benefits. As such, the physical move to the cloud is merely the first step in a process that will require the ongoing support of specialists.

This isn’t to say that a data-led revolution isn’t on the way - the mid-market almost certainly stands on the cusp of transformative change. Companies in this segment are seeking to become more competitive, and most are looking to technology as the primary means to both improve efficiencies and accelerate growth.

Cloud services are currently viewed as a significant way to achieve this and the evidence would suggest there will likely be near saturation of the mid-market by the end of this year. In time, this will allow for better analysis and the integration of data into business practices when aligned to emerging technologies such as IoT.

At this stage, the practicalities of migrating to cloud infrastructures and preparing for compliance with the upcoming EU data privacy directives take precedence. In the meantime, big data will maintain its ‘next big thing’ status for the mid-market until the current investment cycle is completed. Working to the road maps we’ve seen this is unlikely to be until the early 2020s in real terms.

However, one final metric of huge significance to emerge from this study is that 96% of mid-market businesses already outsource at least some of their IT function. The most commonly cited reason for doing so (by 45% of respondents) was access to expertise and skills. While the management of certain functionality can, and no doubt will, be managed through automation and AI; interpreting and communicating the value inherent in big data or IoT (for example), would suggest the outlook for outsourced IT specialism remains highly positive in the growing mid-market. 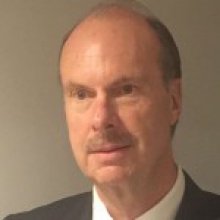 Mark Cook is CEO for Getronics Group, CMC and UK. He has worked within the IT industry for 25 years with an emphasis on strong client engagement and satisfaction in blue chip organisations that have required a step change in performance both in the private and public sectors. Mark has previously held roles as Chief Operating Officer at Steria, Commercial Business director at Xansa, Managing Director and Head of Consulting at Druid. An accountant by background, Mark has worked and lived in USA, Europe and Asia.