A Hypocrite by any Other Name: Why Older People Should Stop Dissing Millennial Workers 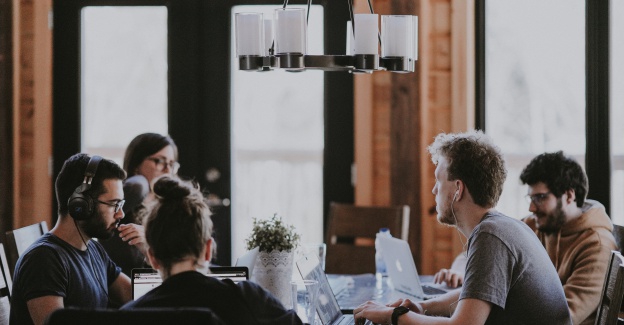 It’s always struck me as a somewhat interesting paradox that despite the fact that age, like race or gender, is a “protected class” when it comes to workplace discrimination, we continue to talk about “millennials” in offensive ways that are a blatent compliance violation.

Replace the word “millennial” with any other protected class and the hypocrisy of it all becomes pretty obvious. As a talent leader, you can’t get away with saying stuff like, “Most workers are lazy and have no work ethic,” or “Most employees expect a trophy just for showing up,” for example. But replace “most” with "millennial," and suddenly institutionalized discrimination becomes okay. If you really thought Latino workers were lazy or female employees were entitled and undependable, you’d probably just keep your opinions to yourself. Yet people routinely say these things about Gen Y workers on the record, mind you.

That’s right, even the New York Times (not to mention pretty much every other mainstream media outlet) has embraced the Millennial myth by publishing hyperbole filled, hysterical sounding articles with such foreboding titles as “What Happens When Millennials Run the Workplace?” or “The Real Problem With Millennials at Work” (Spoiler alert: according to Inc. it’s the old people).

The fact of the matter is that our preoccupation with Millennials in Human Resources (HR) and Talent Acquisition (TA) is inherently discriminatory and prejudiced, all the while simultaneously evangelizing the business imperative behind improving diversity and inclusion. Employers spend billions of dollars a year on corporate diversity and inclusion initiatives, with an increasingly significant portion of that annual spend dedicated to software, services or systems designed to eliminate bias from the people process (a growing market pegged by the Harvard Business Review as currently representing half a billion dollars a year in aggregate spend).

Well, “people” people – yeah, HR and recruiting leaders, I’m talking to you – here’s an idea. Before investing billions to eliminate bias, maybe start off by informing your hiring stakeholders and talent team that age discrimination is not only wrong, but it’s also illegal…just ask the plaintiffs who successfully settled for north of a billion dollars last year in class action lawsuits and judgements relating to violations of age-related discrimination. Of course, the overwhelming majority of these were related to the federal Age Discrimination in Employment Act, which specifically protects workers over the age of 40 at companies with over 20 employees.

One can assume this demographic constitutes the overwhelming majority of Chief Human Resources Officer and talent leaders – and it seems like many are banking on those protection. But unlinke people currently running HR, Millennials prefer empiric over anecdotal evidence when making decisions.

Kids and their darned data, am I right? See, if you really looked at the world with the same characteristics so often ascribed to those crazy Millennials, you’d see that many of the most common myths surrounding Gen Y workers are, statistically speaking, “fake news.” Of course, we all know old people love that stuff, which is why they’re the only ones still on Facebook.

3 Myths About Gen Y that are Total BS (Statistically Speaking)

Consider these three myths about Millennials at work. Even if generational drama is mostly a matter for Family Feud, when it comes to Gen Y workers, survey says “you’re wrong.”

Millennials Hate Their Jobs. Of course, Millennials hate work – it’s called work for a reason, and Gallup data on employee engagement shows that 70 percent of workers across all age groups “strongly disliked or hated” their jobs. Additionally, 80 percent of the workers surveyed reported being personally “dissatisfied” or “disappointed” with their chosen profession or careers. So yeah, there may be some truth to this particular characteristic, but the reality is that Millennials actually hate their jobs far less than other generational cohorts. According to the Journal of Business and Psychology:

Looks like hating work is something you learn over time…probably from bitter older coworkers who spend most of their time complaining about how Millennials are ruining everything. #JustSaying

Millennials are Corporate Mercenaries. Another longstanding Millennial myth is that the emerging workforce has more of an interest in working on “projects” or short-term, self-directed “gigs” than in long-term career progression with a single employer. Well, the days of getting that gold watch might be over, but that doesn’t mean that Gen Y workers are less loyal to their employers than any other generational cohort.

In fact, as the White House revealed in an economic policy report:

Looks like the real voluntary turnover companies should worry about is retirement. Although as a silver lining (no pun intended), presumably they’ll take the whole “Millennial” myth they largely created with them into retirement, too. At least, we can hope.

Millennials Don’t Have a Work Ethic. We all know this one – you know, the whole theory that an entire generation was brought up without one of the universal cultural values shared by humanity throughout history. This anomaly has been blamed on everything from video games and social media to bad parenting. But the irony is that apparently Gen Y theorists were too lazy to actually, you know, fact check that whole “lack of work ethic” thing. Because if they had, they’d probably see that Facebook or helicopter parenting aren’t the reason this generation doesn’t have a work ethic. It’s actually because that’s a completely fabricated and unsubstantiated (read: totally made up) Millennial characteristic. The Journal of Business and Psychology Reports:

“The finding that generational differences in the Protestant work ethic do not exist suggests that organizational initiatives aimed at changing talent management strategies and targeting them for the ‘very different’ millennial generation may be unwarranted and not a value added activity. Human resource-related organizational interventions aimed at building 21st century skills should therefore not be concerned with generational differences in Protestant work ethic as part of the intervention.”

In other words, stop wasting your time complaining about lack of work ethic – and Millennials in general - and get back to work. After all, we all have jobs to do and no matter what age you happen to be, it ain’t nothing but a number. Especially when it comes to generations at work. 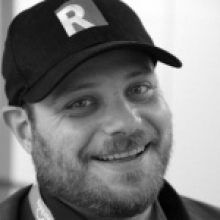 Matt Charney currently serves as the Chief Content Officer for Allegis Global Solutions, one of the biggest recruiting and staffing organizations in the world, overseeing the worldwide editorial and thought leadership functions supporting Allegis' global businesses and brands.

He is also a partner at RecruitingDaily, an award winning, independent news organization. Under his leadership as Executive Editor, RecruitingDaily emerged as the world's largest content destination dedicated to recruiting and hiring.

Matt began his career as a corporate recruiter for companies like Warner Bros. and the Walt Disney Company, and has served in marketing leadership roles for technology companies such as Monster Worldwide and Cornerstone OnDemand.

Snark Attack, Matt's personal blog, was selected by Wordpress as an 'essential' read and one of only 20 business focused sites officially recommended by the blogging platform.

Matt has been recognized as one of the top HR trendsetters of the year by HR Magazine & the Society of Human Resources Management (SHRM), is a 3 time winner of the HR Outsourcing Association Analyst Superstar of the Year and HR Technology Writer of the Year by HRMS World.

Matt has been recognized as a top online influencer in HR and recruiting by publications such as Huffington Post, Forbes, LinkedIn and Glassdoor. He also serves as an advisor to over 20 high growth startups focused on recruiting and sourcing technology and works extensively with several VC and PE funds on their HR Tech investment strategies.